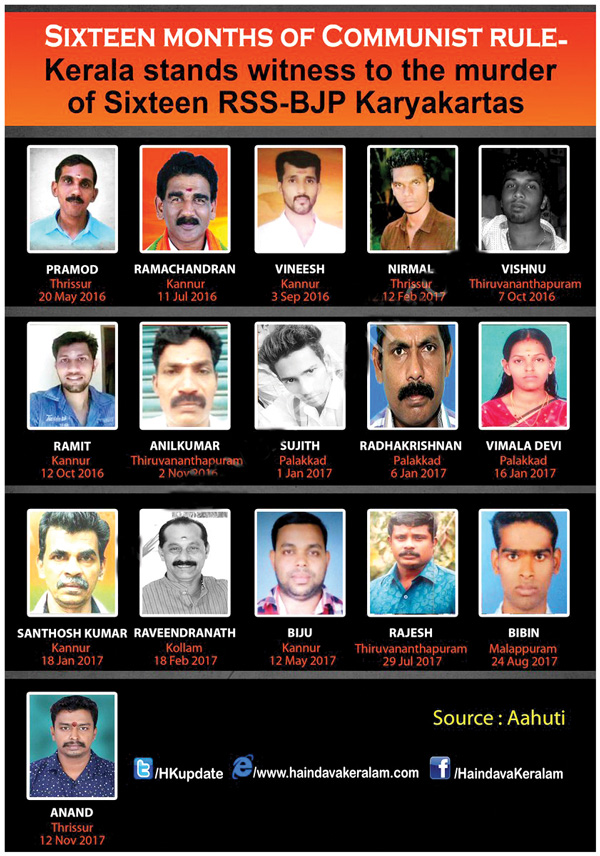 The Leftist Terror, bloodshed continues and Jungle Raj still persists in Kerala. Like earlier occasions another RSS worker was hacked to death, by CPM workers at Nenmeni in the temple town of Guruvayur, Kerala on 12 November, 2017. The victim, Anandan (23), was riding a motorcycle when he was attacked by the CPM workers in a car. Though he was rushed to hospital, his life could not be saved, police said.

BJP National President Shri Amit Shah lashed out at Kerala Chief Minister Pinarayi Vijayan after the RSS worker was hacked to death in the temple town of Guruvayur and asked what his government was doing to “curb criminal elements” in the ranks of his CPM. 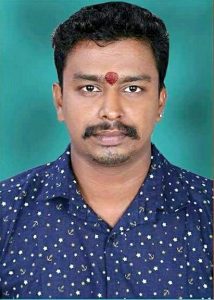 “The continuous violence by CPM workers and the protection to such political killings is now before the nation. CM Pinarayi must explain what his government is doing to curb criminal elements in his rank,” Shri Shah said.

Twenty-three-year-old Ananda was attacked with swords and knives in broad daylight allegedly by CPM workers at Nenmeni in Guruvayur afternoon. Ananda died soon after.

Kerala BJP President Shri Kummanam Rajasekharan said we lost 16 dedicated Karyakarthas during these 16 months of Pinarayi Vijayan’s communist rule. Leftist-Jihadi Terror seeks to eliminate our future leaders with their modus operandi- nip in the bud. He seeks support of nationalists and all rignt minded people to expose the Jungle Raj in Kerala.

He said that as many as 120 of workers, 84 in Kannur alone, have been killed in Kerala since 2001. He said 16 of these killings have taken place since Pinarayi Vijayan took over the reins of the government last year. 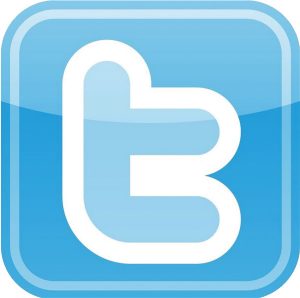 I condemn the brutal killing of a young RSS Swayamsevak K Anand in Guruvayur,Kerala. The continuous violence by CPM workers & the protection to such political killings is now before the nation. CM Pinarayi must explain what his govt is doing to curb criminal elements in his rank.