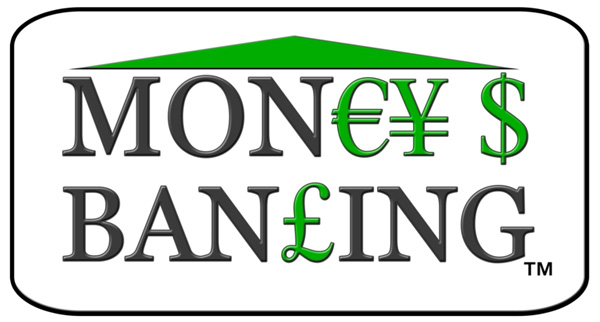 Financial inclusion—providing universal access to financial services and encouraging their use—is an important means for promoting economic development. As of 2014, the World Bank estimated that there were still two billion adults without a bank account, and many others with only a tenuous connection to the financial system.

Better access boosts the efficiency of the payments system, promotes household savings and access to credit, and improves people’s ability to manage risk. And, as it does all of these things, financial inclusion will likely reduce inequality and increase economic growth. In other words, reducing the multitudes of those that are unbanked will improve the fate of the poorest of the poor.

India’s unprecedented effort to “bank the unbanked” through the Pradhan Mantri Jan Dhan Yojana (PMJDY), is by far the largest such undertaking in the world. Launched in 2014, the mission to provide no-frills, no-minimum-balance (hereafter, JDY) bank accounts to every adult—including the one-fifth of the population living below the poverty line as well as those living far from a bank branch—has been remarkably successful.

As recently as 2011, only 35% of Indian adults had a bank account. As of this writing, 306 million JDY accounts have been opened, roughly 60% in rural and semi-rural areas (see graphic). And, while initial readings suggested limited use, over time, JDY account holders appear to be learning about the benefits, so that use is rising toward levels observed for bank accounts of comparable individuals. Moreover, the average deposit now appears substantial relative to poverty-level income.
Put differently, by lowering bank transactions costs, hundreds of millions of people who lacked access to financial services are revealing a latent demand.

Many previous efforts to reduce the ranks of the unbanked have been far less effective. Consequently, a great deal of work is needed to determine which characteristics of the Indian programme have been key to its success. Is it the country’s unique Aadhaar ID that facilitates account opening and limits fraud? Is it the government’s effort to digitize payments, including benefits transfers that can be distributed through these accounts? Is it the willingness of a largely public-sector banking system to advance a possibly unprofitable national mission? Is it the thousands of new bank agents engaged to encourage account opening and use in rural villages? Is it added benefits (such as debit cards, insurance and overdraft privileges) associated with the accounts? Is it the national scale that creates a range of favourable network effects (such as facilitating remittances across long distances)?

And what about side effects? To what extent are new accounts duplicates? Will the lack of financial literacy lead to fraud or abuse of the new account holders? Will account use wither in the absence of government transfer remittances? Does the system require continuous subsidies to survive?

Most of these questions remain only partly answered. However, recent research, benefiting in part from using actual JDY account data, documents the following encouraging facts:

JDY accounts show increasing activity with account age, suggesting that holders are learning with experience.
JDY accounts—both that receive government transfers and those that do not—build balances over time that are economically meaningful for poor households.

Districts with a larger unbanked share prior to the JDY programme display both greater account creation and a greater amount deposited, as well as a larger increase in the number and amount of loans granted.

Collectively, these results point to sizeable gains for India’s poor. To be sure, the programme’s overall impact on aggregate welfare is difficult to assess. A key reason is that the costs of establishing and maintaining JDY accounts are not yet observable. But these costs can be balanced against what could very well be large benefits for the society as a whole. Among other things, shifting from cash to electronic transfers reduces the opportunity for both cash-based black-market activity, and for “leakage”—the tendency for only a part of a government benefit payment to find its way to the intended recipient.

It is of key importance for policymakers both inside and outside of India to understand the sources of the JDY programme’s success. The extraordinary features of this effort—including not only no-frills accounts, but also the extensive involvement of national leadership, the provision of unique biometric IDs, and the advent of digitized government transfer payments—would seem difficult to simulate in a small randomized control trial. And it is relatively easy to see how a programme of this size and scope—with associated network effects and large economies of scale and scope—might succeed where experimental trials fail. Consequently, while it is a sample of one, the Indian experiment deserves far more study and attention from researchers, policy think tanks and international organizations.

Oddly, while discussions of financial innovation are widespread, empirical research that tests hypotheses is far more limited. We hope that India’s JDY programme, with its ability to give hundreds of millions of people access to the financial system, will change that.

(Stephen G. Cecchetti and Kermit l. Schoenholtz are, respectively, professors at the Brandeis International Business School and the NYU Stern School of Business.)