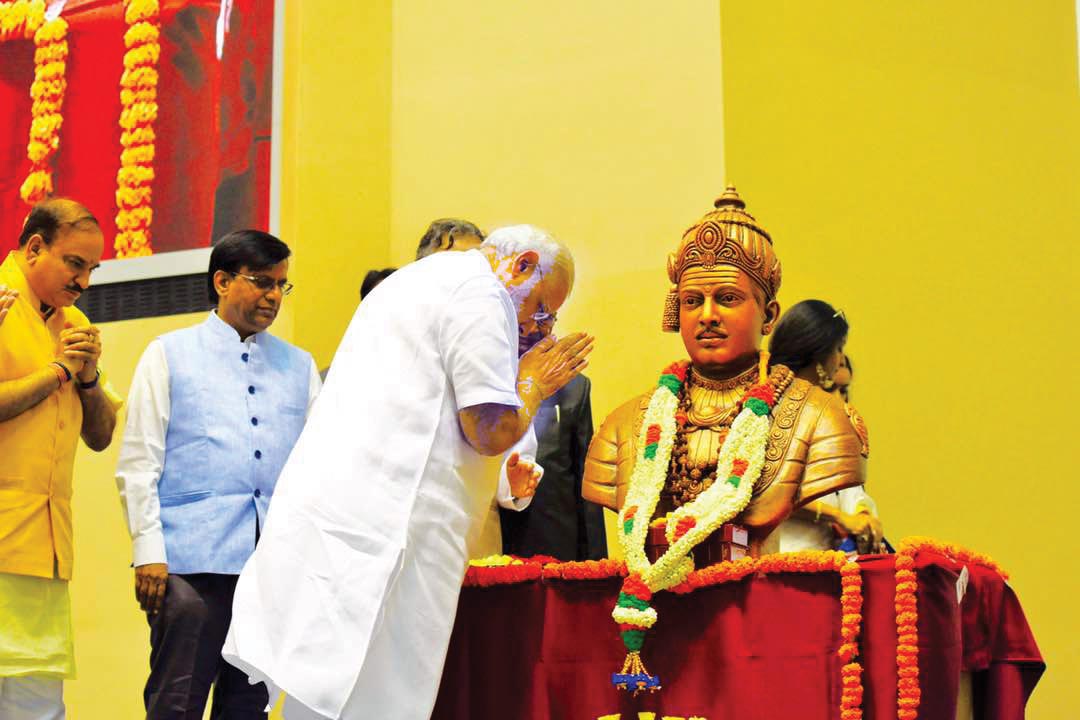 The Prime Minister, Shri Narendra Modi on April 29 dedicated the holy Vachanas of Basavanna, translated into 23 languages, and addressed an event to mark the inauguration of Basava Jayanthi 2017, and Golden Jubilee Celebration of Basava Samithi, at Vigyan Bhawan in New Delhi.

Speaking on the occasion, the Prime Minister said India’s history is not only about defeat, poverty or colonialism. India gave the message of good governance, non-violence and Satyagraha, he added.

Paying homage to Lord Basaveshwara, he said Basaveshwara had envisioned a democratic arrangement, several centuries ago. He said our land has been blessed with great individuals who have transformed our society. He said reform has always come to our society from within, whenever required. He expressed confidence that reformers would emerge from within the Muslim community itself, to put an end to the pain suffered by some Muslim women, because of the practice of “triple talaq.” He urged the Muslim community not to look at this issue through a political lens.

Describing Lord Basaveshwara’s Vachanas as a basis for good governance, the Prime Minister said the fruits of development such as housing, electricity and roads should reach one and all, without distinction. He said this is the true essence of “Sabka Saath, Sabka Vikas.”

The Prime Minister recalled the occasion in November 2015 in London, when he had unveiled the bust of Lord Basaveshwara.
After the event, the Prime Minister walked to the audience to meet the family members of the great Kannada scholar Late Shri M.M. Kalburgi.