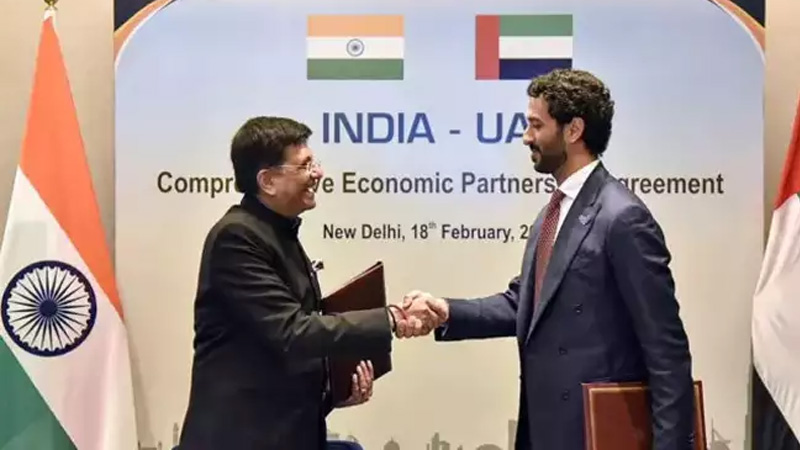 Union Minister of Commerce and Industry Government of India Shri Piyush Goyal, announced the unveiling of the Comprehensive Economic Partnership Agreement (CEPA) between India and the United Arab Emirates (UAE) at a press conference held on 28 March 2022 during his visit to the United Arab Emirates. Shri Goyal is in UAE to participate in ‘Investopia Summit’ and ‘World Government Summit’ being held in Dubai on 28th March 2022 and 29th March 2022 respectively.

India-UAE CEPA was signed on 18 February 2022 in New Delhi during the India-UAE Virtual Summit held between His Excellency Shri Narendra Modi, Hon’ble Prime Minister of India and His Highness Sheikh Mohammed Bin Zayed Al-Nahyan, Crown Prince of Abu Dhabi and Deputy Supreme Commander of the UAE Armed Forces, and Chairman of the Executive Council.

The India-UAE CEPA is the first deep and full free trade Agreement to be signed by India with any country in the past decade.