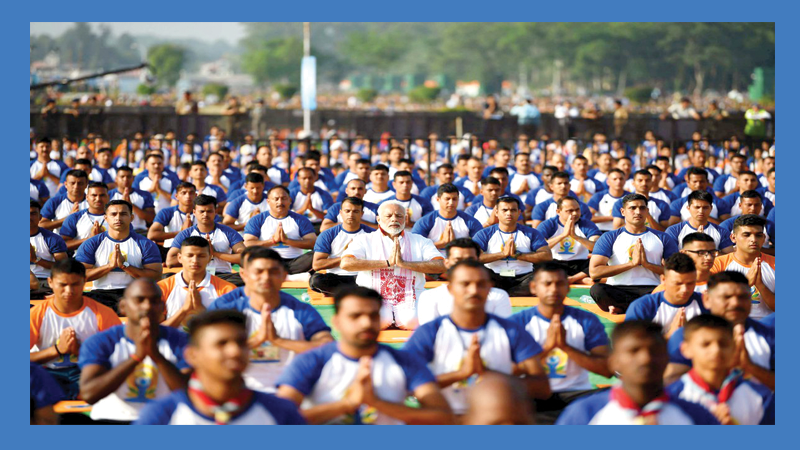 Prime Minister Shri Narendra Modi said that Yoga has become one of the most powerful ‘Unifying Forces’ in the world. He was addressing a huge gathering on the 4th International Yoga Day held at the Forest Research Institute campus in Dehradun, Uttarakhand on June 21, 2018. Prime Minister Shri Modi performed Yogasan, Pranayama and Dhyan with about 50,000 yoga enthusiasts and volunteers at the Forest Research Institute campus.

The Prime Minister said, “It’s a proud moment for everyone that today, all over the world; people are welcoming the brightness and warmth of the sun with Yoga. From Dehradun to Dublin, from Shanghai to Chicago, and from Jakarta to Johannesburg, yoga is now spread everywhere”.

Giving a clear-cut message to the Yoga enthusiasts all over the world, Shri Modi said that the entire world has embraced Yoga and the glimpses of this can be seen in the way International Day of Yoga is celebrated every year. He further added that Yoga Day has become one of the biggest mass movements in the quest for good health and well-being.

Prime Minister said that we should not hesitate to honour our own legacy and heritage if we want the rest of the world to respect us. He said that Yoga is beautiful because it is ancient and yet modern, it is constant and yet evolving; it has the best of our past and present and provides a ray of hope for our future.

Talking about the potential of Yoga, the Prime Minister said that Yoga has a solution to most of the problems faced by people, as individuals as well as a society. He said that Yoga could lead to a calm, creative and content life, removing tensions and needless anxiety. “Instead of dividing, Yoga unites. Instead of further animosity, Yoga assimilates. Instead of increasing suffering, Yoga heals”, he added.

Noteworthy, the idea of International Yoga Day was first proposed by the PM Shri Narendra Modi during his speech at the United Nations General Assembly on September 27, 2014. He also suggested June 21 be observed as International Yoga Day all over the world, as it is the longest day of the year in the Northern Hemisphere and has special significance in many parts of the world. The proposal for yoga at the UN was supported in one voice by a majority of countries.

@narendramodi
The world has embraced Yoga and glimpses of this can be seen in the manner in which International Day of Yoga has been marked every year.
Infact, Yoga Day has become one of the biggest mass movements in the quest for good health and well-being.

@UNESCO
#Yoga is an art of living, a way of being, it is about finding one’s true Self & connecting with it. On 21 June, join #YogaDay celebrations.

Yoga’s full potential should be harnessed to reduce NCD-related deaths: WHO 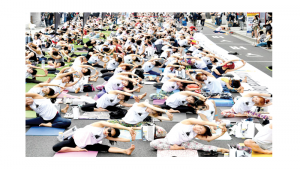 On the eve of International Day for Yoga, WHO on June 20, 2018 said yoga’s full potential should be harnessed as it reduces the risk of life-threatening non-communicable diseases.

Achieving the target of a 15 per cent increase in physical activity by 2030 requires all member states to stay on track or correct course where necessary, the WHO said.

Yoga is “very apt” for the UN and in today’s complex world where stress and delusion are prevalent, the ancient Indian physical and mental practice plays a central role for wellness and peace of the mind and body, UN Deputy Secretary-General Amina Mohammed has said.