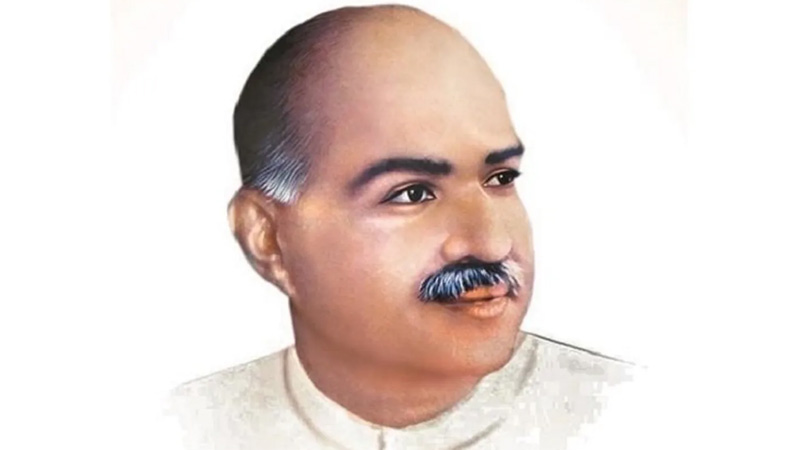 Dr. Shyama Prasad Mookerjee was born on 06 July 1901 in Calcutta. He came from quite an illustrious background. His father was Shri Ashutosh Mookerjee, a well-respected advocate in Bengal and also the Vice-Chancellor of the Calcutta University and his mother was Smt. Jogmaya Devi Mookerjee. Shri Shyama Prasad passed B.A First Class First in English Honors from Presidency College, Calcutta in 1921 and became a fellow of the Senate in 1923.

After his father’s death, he enrolled as an advocate in Calcutta High Court in 1924. Subsequently, he left for England in 1926 to study in Lincoln’s Inn and became a barrister in 1927. At the age of 33, Dr. Shyama Prasad Mookerjee became the world’s youngest Vice-Chancellor of Calcutta University and held the office till 1938. During his tenure, he introduced a number of constructive reforms and was active in the Asiatic Society of Calcutta as well as was a member of the Court and the Council of the Indian Institute of Science, Bangalore, and Chairman of the Inter-University of Board.

He was elected as a member of the Legislative Council of Bengal as a Congress candidate representing Calcutta University but resigned the next year when Congress decided to boycott the legislature. Subsequently, he contested the election as an independent and got elected.

He became the opposition leader when Krishak Praja Party – Muslim League coalition was in power during 1937-41 and joined the Progressive Coalition Ministry headed by Fazlul Haq as a Finance Minister and within less than a year resigned. He emerged as a spokesman for Hindus and shortly joined Hindu Mahasabha in 1944, he became the President.

Pandit Nehru inducted him into the Interim Central Government as a Minister for Industry and Supply. On the issue of the Delhi pact with Likayat Ali Khan, Dr. Mookerjee resigned from the Cabinet on 6th April 1950. After consultation with RSS Sarsanghchalak Pujya Shri Madhav Sadashiv Golwalkar Ji (Guruji), Shri Mookerjee founded Bharatiya Jana Sangh on 21st October 1951 in Delhi and became its first President. In the 1952 elections, Bharatiya Jana Sangh won three seats in Parliament one of them being that of Shri Mookerjee. He had formed the National Democratic Members’ Committee within the Parliament which consisted of 32 members of MPs from Lok Sabha and 10 Members of Rajya Sabha.

He fought hard with the Government and supported the movement of the Praja Parishad in Jammu for full integration of the State of Jammu and Kashmir with the Indian Union. He was arrested in Delhi in March, 1953 for violation of a ban on procession against ‘Permit Raj in Kashmir’ and detained, but released by the orders of the Supreme Court on a Habeas Corpus petition.

Dr. Mookerjee gave a clarion call to the nation to observe” Kashmir Day” on the 5th May in support of the movement of the Praja Parishad. He left Delhi on the 8th May to Kashmir against Permit Raj. Bharatiya Jana Sangh launched a massive Satyagraha to remove the pernicious provisions of Permit Raj from Kashmir. Dr. Mookerjee entered Kashmir on the 11th May without a permit and was arrested on the same day while crossing the border and put under detention at Srinagar.

Dr. Shyama Prasad Mookerjee fell seriously ill on 22nd June and was martyred under mysterious circumstances as a detenu in jail at 2.30 a.m on 23rd June,1953.
A veteran politician, he was respected by his friends and foes alike for his knowledge, forthrightness, and vision. He was among the prominent leaders and a great son of India, whom we lost at a very early age and very early stage of our independence.