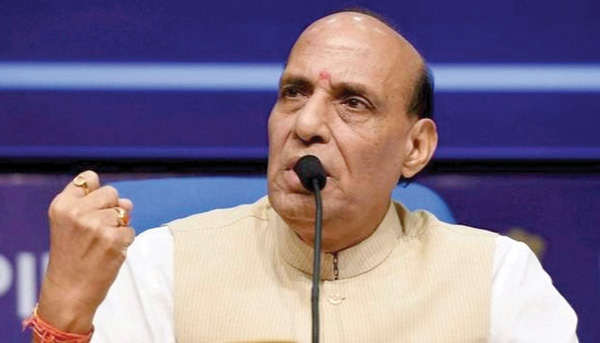 xtremism in the Northeast has reduced by 75 per cent and “naxalism” by around 40 per cent over the past three years, Union Home Minister Shri Rajnath Singh said on Aug 20,2017.

Praising the National Investigation Agency (NIA), he said its name triggers fear among those involved in terror funding. “If sources of terror funding are finished, terrorism can be defeated,” he said while addressing a gathering after inaugurating the Lucknow office and residential complex of the agency. Shri Singh said that since its inception in 2009, NIA has resolved 95 per cent of the 165 cases it investigated and secured a conviction in 94 per cent cases.

The Home Minister underlined the need for better coordination among different intelligence and investigation agencies in the states and the centre for combating anti-national elements.