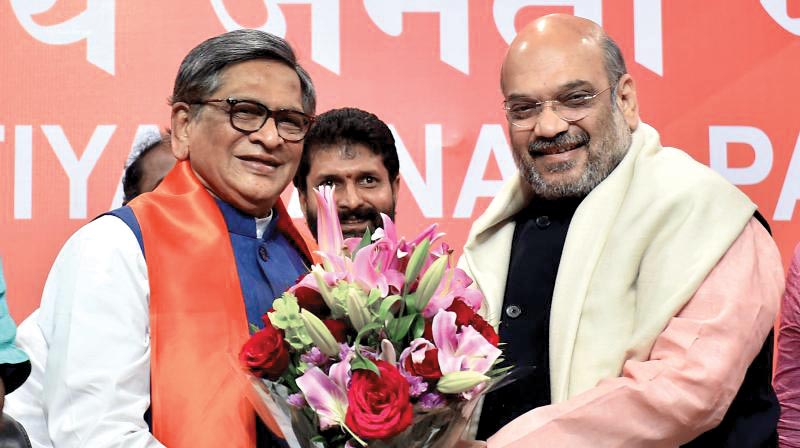 Shri Krishna said that a great new India is emerging in front of me under the leadership of Prime Minister Shri Narendra Modi and with the able assistance of BJP National President Shri Amit Shah. He further added that, “as a former Foreign Minister I was aware of the jealousy with which India is being watched by other countries as it emerges and re-emerges.” But it’s a matter of satisfaction that now the country is in safe hands of PM Shri Modi.