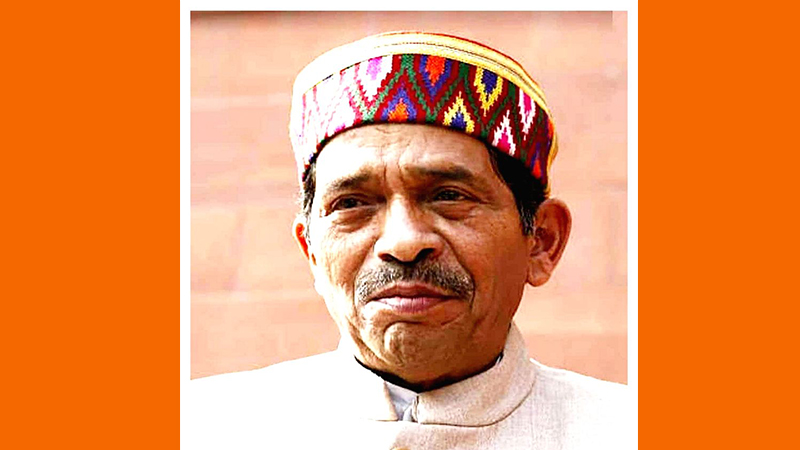 Former Union Minister and senior BJP leader Shri Bachi Singh Rawat died at the All-India Institute of Medical Sciences, Rishikesh due to COVID-19 related complications on April 18, 2021. He was 71. Shri Rawat was admitted to the hospital a day before after he complained of difficulty in breathing and infection in his lungs.
Shri Bachi Singh Rawat was a Union Minister of State for Science and Technology in the Atal Bihari Vajpayee government and was a four-time Member of Parliament from the Almora-Pithoragarh constituency and had defeated former Chief Minister and Congress leader Shri Harish Rawat thrice in consecutive elections.
In his condolence message Prime Minister Shri Narendra Modi said, “The death of senior BJP leader and former Union Minister of State Bachi Singh Rawat is deeply painful. His entire life was devoted to the welfare of the people and the nation. I express my deepest condolences to his family and well-wishers in this hour of grief. Om Shanti!”
Expressing grief BJP National President Shri Jagat Prakash Nadda in a tweet said, “Sadden to know the demise of senior BJP leader and former Union Minister Shri Bachi Singh Rawat ji. His entire life was dedicated to the organization and service of the people. His death is an irreparable loss to the BJP family. I express my condolences to his family. Om Shanti!”
Uttarakhand Chief Minister Shri Tirath Singh Rawat expressed grief at the death of Shri Bachi Singh Rawat. He said, “May his soul rest in peace and May God give strength to his family to bear this great loss”.
Uttarakhand Governor Baby Rani Maurya, state BJP President Shri Madan Kaushik and other senior leaders also expressed grief at his death.