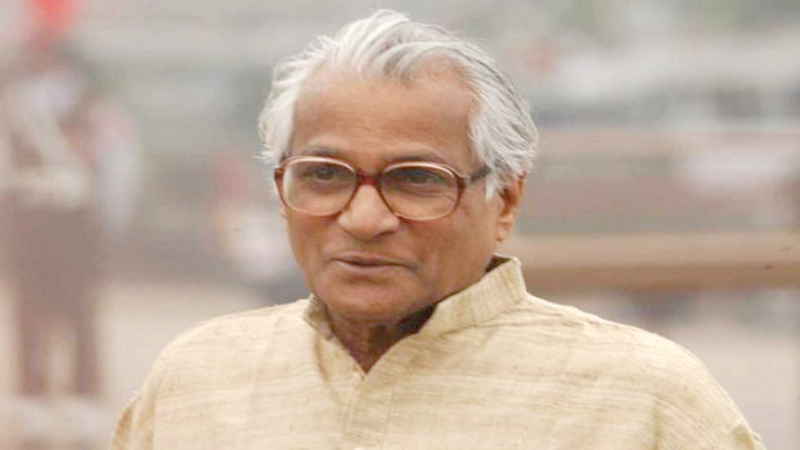 George Mathew Fernandes (3 June, 1930 – 29 January, 2019) was an Indian trade unionist, statesman, journalist, freethinker, and member of Rajya Sabha from Bihar. He was a key member of the Janata Dal and the founder of the Samata Party. He held several ministerial portfolios including communications, industry, railways, and defence.

A native of Mangalore, Fernandes was sent to Bangalore in 1946 to be trained as a priest. In 1949, he moved to Bombay, where he joined the socialist trade union movement. Becoming a trade union leader, Fernandes organised many strikes and bandhs in Bombay in the 1950s and 1960s while working with the Indian Railways. He defeated S K Patil of Indian National Congress in the 1967 parliamentary elections from the South Bombay (now south Mumbai) constituency. He organised the 1974 Railway strike, when he was President of the All India Railwaymen’s Federation. 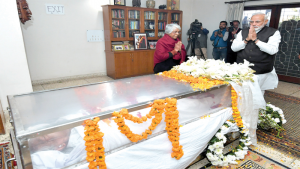 The then Prime Minister Indira Gandhi declared a state of emergency on 25 June 1975 due to internal political disturbances. Accordingly, all fundamental rights enjoyed in the Indian Constitution were suspended. Political dissidents, newspaper reporters, opposition leaders who opposed the emergency were jailed. George Fernandes, along with like-minded leaders, opposed what he saw as a blatant misuse of power. Therefore, a warrant was issued in Fernande’s name.

On June 25th, 1975 the day when emergency was declared George Fernande was in Berhampur, Odisha. He attended several meetings of the Berhampur University Employees Association, meeting with socialist leaders & workers and a gathering of intellectuals in Berhampur. He was scheduled to attend a meeting of the Railways Workers Association on June 26 in Berhampur city but before that he went underground secretly to escape arrest and prosecution. Later it was revealed that during that time George Fernande hide himself for some time at his father-in-law Humayun Kabir’s house at Gopalpur-On-Sea near Berhampur, Odisha and later moved to Baroda. When the police failed to capture him, they arrested and tortured his brother, Lawrence Fernandes, to reveal his brother’s whereabouts. Snehalata Reddy, a chronic asthmatic was arrested for being in touch with George Fernandes and as she was not given adequate care in the prison, died soon after her release.

On 10 June 1976, he was finally arrested in Calcutta. After his arrest, Amnesty International members cabled the Government requesting that he be given immediate access to a lawyer and that his physical protection be guaranteed. Three world leaders from Germany, Norway and Austria were believed to have cabled Indira Gandhi and cautioned her against harming Fernandes. From Baroda, the accused were shifted to Tihar Jail. 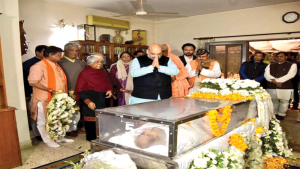 Fernandes served as the Defence Minister of India in both the second and third National Democratic Alliance governments (1998–2004). During his tenure as the defence minister, the Kargil war broke out between India and Pakistan in 1999. The war began when heavily armed Pakistan-backed intruders dug themselves in at heights of 16,000 feet (4,900 m) – 18,000 feet (5,500 m) on the Indian side of the Line of Control (LOC) along 80 kilometers (50 mi) stretch north of Kargil. They began attacking the strategic highway linking Srinagar and Leh. As a result, the Indian army undertook the Operation Vijay to push back the Pakistani intruders and regain the occupied territories.

In May 1998, India conducted five nuclear tests at the Pokharan range in Rajasthan. Fernandes openly endorsed the NDA government’s decision to test the nuclear bombs. He made 18 visits to the icy heights of the 6,600 meters (4.1 mi) Siachen glacier in Kashmir, which holds the record of being the world’s highest battlefield. He was known for overseeing a huge increase in India’s defence budget as compared to the allocations made by previous governments.

After prolonged illness George Fernandes died on 29 January, 2019 at the age of 88.

During his long years in public life, George Sahab never deviated from his political ideology. He resisted the Emergency tooth and nail. His simplicity and humility were noteworthy. My thoughts are with his family, friends and lakhs of people grieving. May his soul rest in peace.
— Narendra Modi