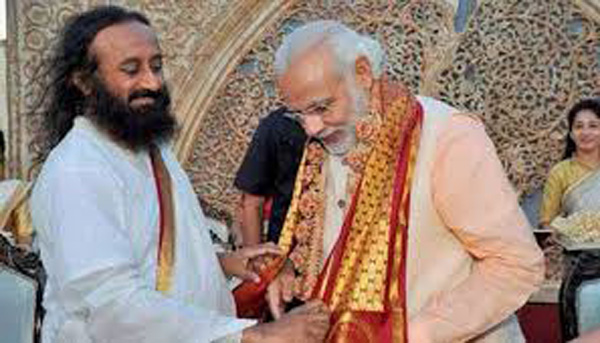 Spiritual guru Sri Sri Ravi Shankar on November 10, 2017 applauded Prime Minister Shri Narendra Modi calling him a very strong leader. “After a long time, we have got a strong leader. The PM is taking significant steps, but a lot of improvement needs to be done,” he said. Speaking about demonetization a year after the policy was implemented, he said that businesses are really down and not in good spirit but it will surely be up and running soon.

Last year also when the note ban was announced, the spiritual guru had supported the move, saying that the Prime Minister has taken a “very important step” to curb black money. “Demonetization was very much needed for the country. Shri Modi has taken a very important step. It was badly needed. People are very happy by the move to scrap Rs 500 and Rs 1,000 notes… They are facing some inconvenience which is temporary,” he had then said.