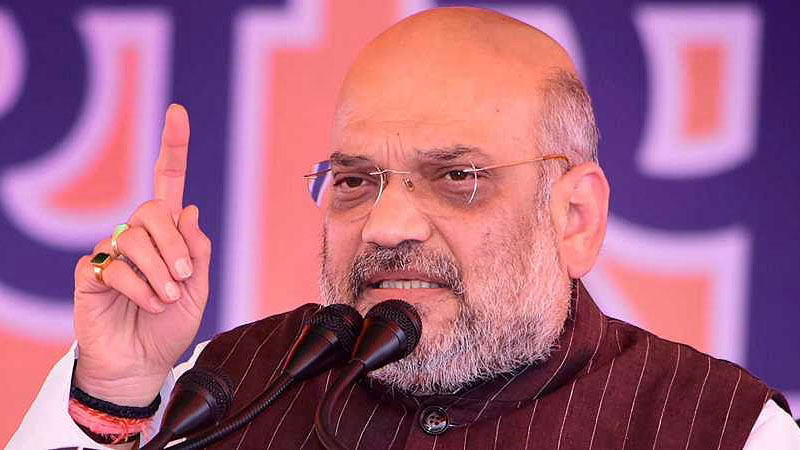 The Union Home and Cooperation Minister, Shri Amit Shah, on the second day of his three-day Pravas in Andaman and Nicobar Islands, addressed the Karyakartas and intellectuals’ conference in Port Blair on 16 October and called upon every karyakarta of the Bharatiya Janata Party in this Amrit Mahotsav of independence to take a pledge to dedicate your whole life for Maa Bharati in every aspect.

The Union Minister said that this visit to Andaman and Nicobar Islands would be memorable for me. As the National President of the party, I came to this archipelago for the first time in 2016 to light an unbroken flame in the memory of Veer Savarkar and on behalf of the Government of India to inaugurate that place. I have a special place in my heart for Veer Savarkar and a special devotion for him. God would hardly have given such excellent patriotism in the heart and mind of any person as it was in Veer Savarkar. Whatever be the time, knowing the difficulties of the way and facing the opposition of the society, the courage that Veer Savarkar had to keep his thoughts is very rare to see. All the issues related to the security of the country that arose later, if we study the vision of Savarkar, it is found that how broad and all-encompassing his vision was towards those issues.

Union Minister said that Veer Savarkar spent 10 years on this Andaman and Nicobar land and suffered immense torture in the Cellular Jail here, but he did not bow down. I have come here to pay homage to such Veer Savarkar because Prime Minister Narendra Modi has decided to celebrate the Amrit Mahotsav of Azadi so that especially the younger generation gets information about the freedom struggle.

Our young generation should know about the valor of such unknown freedom fighters and their contribution in freedom, whose names have become anonymous. This energy, this sanskar and this inspiration will instill in every citizen of the country the passion to live for the country in the coming times. This is the year of taking resolutions, especially for BJP workers. Because our party was founded to create a great India, we have not entered politics for power. We are a people bound by ideology and our ideology is the ideology of creating great India. If 130 crore people take small resolutions in this year of the Amrit Mahotsav of independence, then a big change can come in the country.

The Union Minister while targeting the Congress said that for 60 years four generations of Congress ruled the country, I want to ask them whether during this time they were able to provide toilets in every house of Andaman and Nicobar? Was there electricity in every house? Was the poor person able to get the benefit of a scheme like Ayushman Bharat? The Narendra Modi government at the Center provided gas connections to 13 crore poor families of the country. Prime Minister Shri Narendra Modi has done the work of constructing more than 10 crore toilets across the country. As far as connectivity is concerned, did Congress even think of laying a submarine cable from Chennai to Andaman and Nicobar? Prime Minister Shri Narendra Modi started this scheme in 2018 which ended in 2020, today all the connectivity problems in Andaman and Nicobar have been solved.