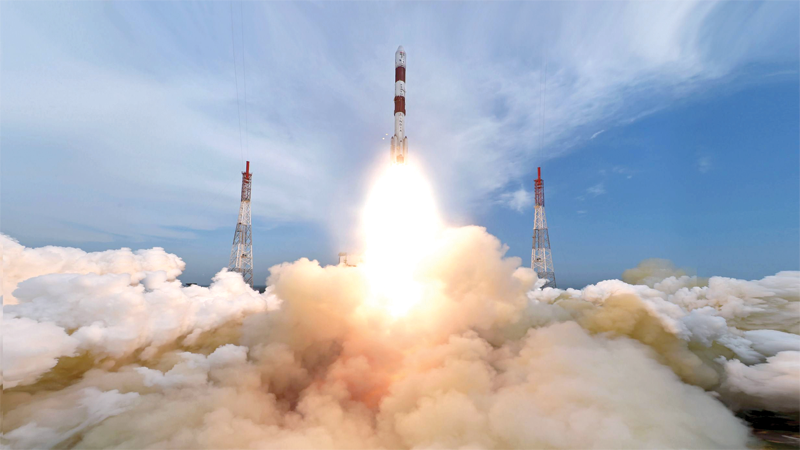 PM Modi congratulates scientists on the success of Mission Shakti

Prime Minister Shri Narendra Modi on March 27 in a address to the nation announced that India had established itself as a space power by sending an indigenously designed ballistic-missile interceptor up 300 kilometers (190 miles) to destroy a satellite orbiting the Earth. In the address he said, India has successfully tested the Anti-Satellite (ASAT) Missile. He congratulated everyone on the success of Mission Shakti. With the announcement, India has the ability to destroy enemy satellites. Shortly after his address to the nation, Prime Minister interacted with the scientists involved with Mission Shakti, via video-conference. He said “The successful conduct of Mission Shakti, has made India the fourth nation in the world, with the capability to successfully target satellites through an Anti-Satellite Missile. “
Congratulating them on their success, the Prime Minister said that the entire nation is proud of our scientists for achieving well, what they had set out to accomplish.
He said that in line with the “Make in India” initiative, the scientists have given a message to the world that we are less than no one.

The Prime Minister said that India follows the philosophy of Vasudhaiva Kutumbakam – the world is one family. He however, also emphasized, that the forces which work for peace and goodwill, must remain ever-powerful, for the achievement of peace.

The Prime Minister asserted that for global peace and regional peace, India should be capable and strong. He said that the scientists have contributed to this effort with dedication. He also conveyed the greetings of the entire Union Cabinet to the scientists.

The scientists thanked the PM for giving them this opportunity to prove their skills.

Congratulating scientists involved in ‘Mission Shakti’, he said, with its success, the country has registered its presence among the elite space powers.

“It is a proud moment for all Indians. I congratulate all the scientists involved with #MissionShakti and thank Prime Minister Shri @narendramodi for ensuring that India continues to safeguard the interest of its people and secures them on all fronts,” Shah tweeted.

“Decisive” just means “without much thought”. No wonder India has a floundering economy after “decisive” demonetization without putting heads together and coming to a logical decision.

“Decisive leadership leads to a stronger Nation. With #MissionShakti, India has registered its presence among the elite space powers. ASAT, an anti-satellite weapon, which successfully targeted a live satellite on a low earth orbit, is a giant leap in India’s national security,” he said.