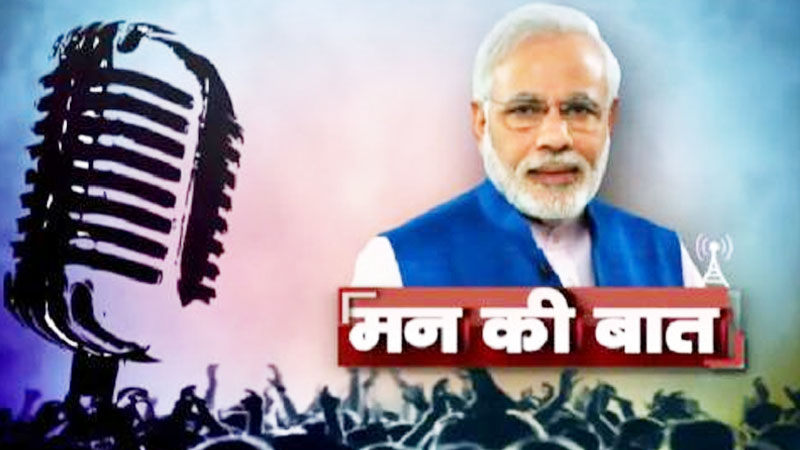 Prime Minister Shri Narendra Modi addressed the nation in his 5th Episode of ‘Mann Ki Baat 2.0’ on October 27,2019. He wished the people of the country on the occasion of Diwali. He also talked about Guru Nanak spirtual journey. Here, we are publishing highlights of the address :

Friends, festival tourism has its own exciting attractions. Our India, the country of festivals, possesses limitless possibilities in the realm of festival tourism. It must be our endeavour to ensure that we should welcomingly include people of other states, other countries when we celebrate Holi, Diwali, Onam, Pongal or Bihu, spreading their true spirit. Here, every state, every region is replete with distinct festivals, generating a lot of interest in people from other countries. Hence, the Indian Diaspora has a significant role to play in promoting festival tourism in India .

My dear countrymen, in the previous episode of Mann Ki Baat, we had decided to do something different this Diwali. I had urged all of you to celebrate India’s Nari-Shakti, the power and achievement of women, thereby felicitating the Lakshmi of India. And within no time, there followed a slew of innumerable inspirational stories on social media.

Kodipaka Ramesh from Warangal has written on Namo App-“My mother is my strength. In 1990, when my father expired, the responsibility to raise five sons fell on her shoulders. Today, all five brothers are doing well in their respective professions. My mother is God to me. She is the Lakshmi of India in every sense of the term.” Ramesh ji , respectful greetings to your mother.

Geetika Swami, who is active on Twitter, says that for her, Major Khushbu Kanwar, daughter of a bus conductor, who has led an all women contingent of Assam Rifles, is the Lakshmi of India. For Kavita Tiwari, her daughter is the Lakshmi of India, her strength. She is proud of her daughter’s excellent painting ability. She has also secured a good rank in the CLAT exam. Whereas Megha Jain has mentioned that a 92 year old woman has been offering free drinking water to passengers at Gwalior Railway Station.

Megha Ji is truly inspired by the humility and compassion of this Lakshmi of India. Many such stories have been shared by people. Do read them, get inspired and share similar instances. I respectfully salute all the Lakshmis of India.

My dear countrymen, the 12th of November, 2019 is the day when the 550th Prakashotsav of Guru Nanak dev ji will be celebrated across the world. The luminescence of Guru Nanak Dev ji’s influence can be felt not only in India but around the world. Many of our Sikh brothers and sisters settled in other countries committedly follow Guru Nanak dev ji’s ideals.

I can never forget my visits to Gurudwaras in Vancouver and Tehran. There is much about Guru Nanak Dev ji that I can share with you, but it will require many an episode of Mann ki Baat. He accorded the highest significance to the spirit of service. Guru Nank Dev ji firmly believed that any service done selflessly was beyond evaluation.

Friends, all of us know that as India’s first home minister, Sardar Patel undertook the colossal, historic task of integrating Princely states. Scrutinizing the minutest of events closely was his rare quality. On the one hand, he concentrated on Hyderabad, Junagarh and other States; on the other, he was watching far flung Lakshadweep intently.

Actually, when we refer to Sardar Patel’s endeavour, his role in the unification of just a few notable States is discussed. He played a far more significant role, when it came to a small region such as Lakshadweep too. Lakshadweep is one of the most beautiful landscapes in India.

Soon after Partition in 1947, our neighbour had cast an eye on Lakshadweep; a ship bearing their flag was sent there. When Sardar Patel was informed of this, he wasted no time in initiating stern action. He urged the Mudaliar brothers, Arcot Ramaswamy Mudaliar and Arcot Laxman Swamy Mudaliar to immediately undertake a mission with people of Travancore to Lakshadweep and take the lead in unfurling the Tricolour there.