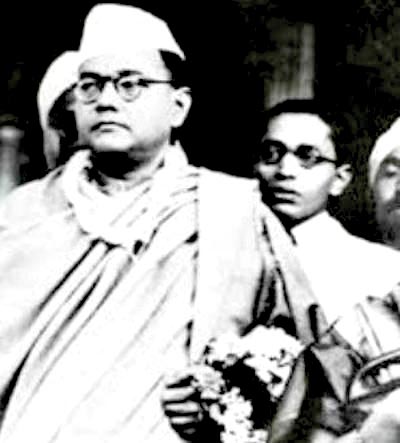 The vivacious culture of India is elevating to the entire planet, both humans and nature. Down the memory lane, Indian culture has manifested in various realms across Asia and beyond and is still found flourishing overseas. The Government of India has been reaching out to dozens of countries to bring out this lost link and to give a glimpse of India though a series of India Festivals in respective countries. India’s vast culture flows in rural panorama and the Ministry of Culture has been holding folk and tribal festivals across India also including metros and tourist destinations to revive dying arts and promote tribal artists and performers. The citizens of India are getting to know Gandhiji and Netaji with yet more profound insight. Our last three years has instilled this realization of inheriting a rich legacy and also the citizen’s incumbent responsibility to preserve it.

The Government of India decided to declassify files pertaining to Netaji Subhas Chandra Bose to meet the long standing public demand and place it in public domain. Files were received by the National Archives of India from the Prime Minister’s Office, Ministry of Home Affairs and Ministry of External Affairs. On the occasion of 119th birth anniversary of Netaji on 23rd January 1916, digital copies of 100 files were released in public domain by our Prime Minister Narendra Modi. In all, 303 files have been put in public domain till now on www.netajipapers.gov.in.

The National Archives of India had received 990 declassified files pertaining to the Indian National Army (Azad Hind Fauj) from the Ministry of Defence, way back in 1997. Thereafter, in 2012, 271 files from the Khosla Commission and 759 files from Justice Mukherjee Commission of Inquiry, in total 1030 files were received from the Ministry of Home Affairs. All these files are already open to the public under the Public Records Rules of 1997.

Three ancient stone sculptures of Seated Buddha, Goddess Pratyangira and Worshippers of Buddha were stolen and smuggled out of India and inadvertently acquired by the National Gallery of Australia. At a special event at the National Gallery of Australia in Canberra, Dr. Mahesh Sharma, Minister of State for Culture & Tourism was handed over these artifacts. One Bronze object of Nataraja and one Stone object of Ardhanarishwara from Australia have also been retrieved. Prime Minister’s visit to USA in June 2016 facilitated the return of 17 antiquities smuggled out of India to USA. One stone object of Parrot Lady from Canada and one stone object of Durga from Germany have also been retrieved.

Khangchendzonga National Park in Sikkim and The Capitol Complex in Chandigarh were announced as World Heritage Sites during the 40th session of the World Heritage Council held at Istanbul in Turkey in 2016.

To nurture, hand-hold and train upcoming artistes on a sustained basis there needs to be grant of scholarships, fellowships, pensions, and other forms of assistance. To reach far and wide comprehensively, there is a need to have data-base of such art forms and artists, referred to as Cultural Mapping. So far, profiles of more than 1 Crore artists has been collected.

Archaeological Survey of India (ASI) along with Indira Gandhi National Centre for the Arts (IGNCA) and the National Museum is bringing out the historic diversity of cultural, commercial and religious interactions in the Indian Ocean extending from East Africa, the Arabian Peninsula, the Indian Subcontinent and Sri Lanka to the Southeast Asian archipelago including the study of Maritime Routes.

Archaeological Survey of India along with National Remote Sensing Centre of Indian Space Research Organization (ISRO) is preparing satellite based maps of all its 3686 centrally protected monuments indicating prohibited and regulated areas clearly for the information of public and also to facilitate procedure for grant of permissions for construction related activity within prohibited and regulated areas.

National Mission on Libraries has embarked on building National Virtual Library of India as the digital platform which would bring together all information generated in India and about India and make such information accessible to the citizens through user friendly search interfaces.
The construction of National Dandi Memorial at Dandi has been initiated. Also, construction of the Heritage path relating to 21 night halt places is under progress.

The organizing of 8-day long Rashtriya Sanskriti Mahotsav is an exemplary endeavour to bring together the culture of all states on a single platform proving a cherishing realization for national integration besides giving due dignity to art forms and also bolster folk traditions. All seven Zonal Cultural Centres of the Ministry of Culture, Sangeet Natak Akademi and Indira Gandhi National Centre for the Arts come together to promote our cultural inter-linkages amongst the states.

In a bid to exclusively give impetus to the traditions of the marginalized, National Tribal and North East Conclave has begun to be organized by Lalit Kala Akademi.

Artists and performers put forth the soft power of a country. Culture transcends all barriers and pervades bonhomie amongst us all endowing a rare insight of oneness. This cultural appreciation of the populace cutting across their ethnicity and religion is intended in our secular democratic state.

(The writer is a senior journalist and a radio documentary maker.)