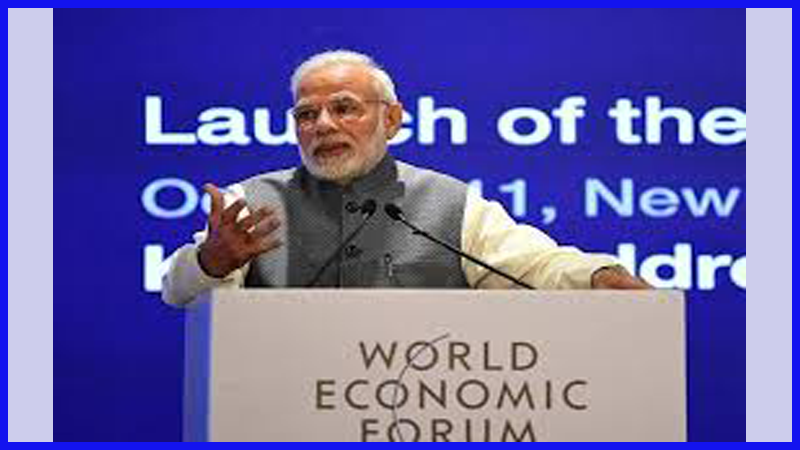 Prime Minister, Shri Narendra Modi on October 11 attended and delivered an address at the event to mark the launch of the Centre for the Fourth Industrial Revolution. He said the components of “Industry 4.0” actually have the ability to transform the present and future of human life. He said the launch of this Centre, the fourth in the world after San Francisco, Tokyo and Beijing, opens the door to immense possibilities in the future.

He said emerging fields, including Artificial Intelligence, Machine Learning, Internet of Things, Blockchain, and Big Data, can take India to new heights of development, and improve the quality of life of its citizens. He said that for India, this is not just an industrial transformation, but a social transformation. He said Industry 4.0 has the strength to drive irreversible positive change in India. He added that it will help bring the required speed and scale to work being done in India.

The Prime Minister mentioned how the Digital India movement has brought data to villages of India. He explained how tele-density, internet coverage, and mobile internet subscriptions have increased in the recent past. He spoke of the rapid growth in number of Common Service Centres in India.

He said that India has the highest mobile data consumption in the world, and is also the country where data is available at the lowest price. In this context he spoke of India’s digital infrastructure, and its interfaces including Aadhaar, UPI, e-NAM, and GeM. He said that a national strategy for creating a robust infrastructure for research in Artificial Intelligence has been prepared a few months ago.

He said this new Centre will strengthen this process. He said that Industry 4.0, and the expansion of Artificial Intelligence, would lead to better healthcare, and reduce expenditure on health. He said it would also help farmers, and be of immense help in the agriculture sector. He mentioned other areas such as transportation and smart mobility, where it could play a key role. He said that as work progresses in India, in these areas, one of the targets is “Solve for India, Solve for the World.

He added that India would also make an immense contribution to it. He said that Government initiatives including Skill India Mission, Start Up India, and Atal Innovation Mission are preparing our youth for new and emerging technologies.