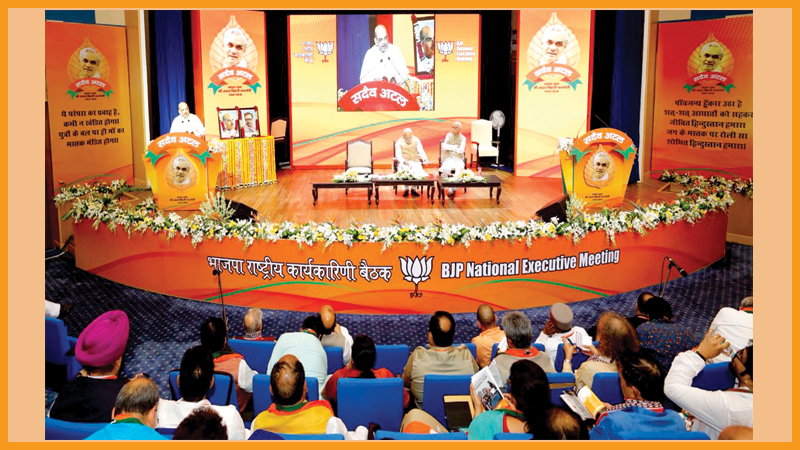 The BJP Executive passed a Resolution on National Register of Citizens (NRC) in BJP National Executive Meeting held at Dr. Ambedkar International Centre in New Delhi on 08-09 September, 2018. The resolution said the government is not against the citizens of the country but against the infiltration in Assam. Excerpts;

The Bharatiya Janata Party on 09 September, 2018 passed a resolution on the National Register of Citizens (NRC) issue related to the northeastern Indian state of Assam, saying the government is “not against the citizen of the country but infiltration”.
The resolution read: “the BJP has been speaking continuously that the government under Prime Minister Shri Narendra Modi will not allow the illegal infiltrators to use India as a safe shelter. Each infiltrator would be identified and deported.”

“The government is committed to save the interest of its citizens. It will also ensure that no Indian is deprived of citizenship. The NRC is important for India’s security and for the economic, political and cultural rights of the people of Assam.”
The resolution also stated that the Indian government has begun the process of identifying Rohingyas in many parts of Assam and will “take all appropriate steps to deport them”.

It further stated that Hindus, Christians, Buddhists and Jains in neighbouring countries seeking refugee status would be given shelter unhesitatingly.

“The BJP understands the seriousness of the problem of those who want to come to India to take shelter for saving lives, religion and for security. With this purpose, the BJP supports the Citizenship Amendment Bill,” the resolution said.