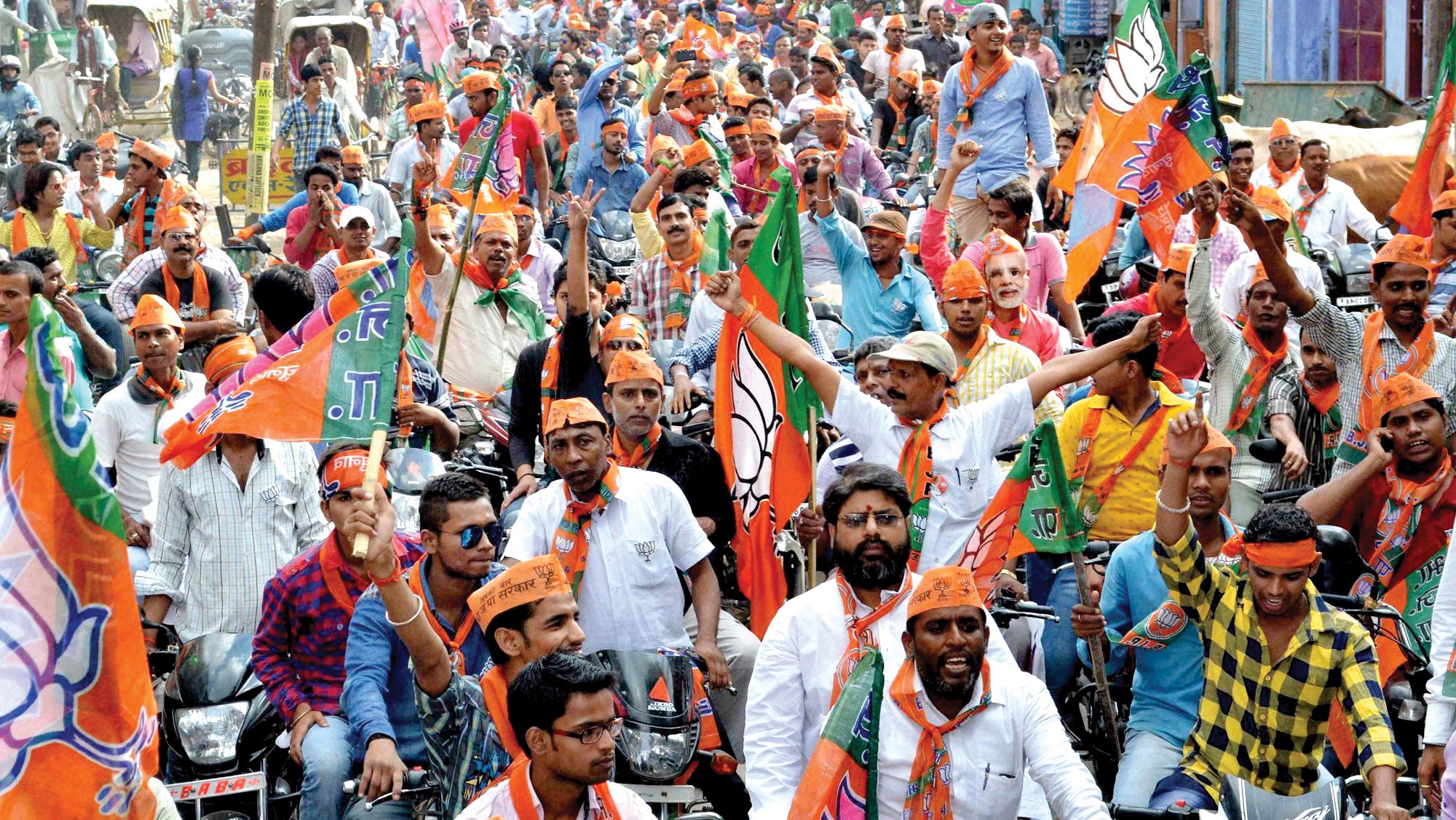 The Congress Party complains a bit too much. It accused the Bharatiya Janata Party (BJP) of ‘stealing’ the mandate in Goa. It unsuccessfully petitioned before the Supreme Court. It attempted to raise issues in the Lok Sabha. What are the facts?

The Assembly Elections in Goa produced an inconclusive verdict. There was a Hung Assembly. Obviously in a Hung Assembly post-poll alliances will be formed. The BJP managed to form an alliance and presented to the Governor 21 out of 40 MLAs. They appeared before the Governor in person and submitted a letter of support. The Congress did not even submit a claim to the Governor. It had only the support of 17 MLAs. The Congress Party protested at the   Governor’s decision to invite Mr Manohar Parrikar to form the Government with  support of 21 out of 40 MLAs and described it as ‘a murder of democracy’.

In the face of claim of these 21 MLAs led by Mr Manohar Parrikar, the Governor could not have invited the minority of 17 MLAs to form the Government. There are several precedents which support this decision of the Governor.

In 2005, BJP won 30 out of 81 seats in Jharkhand. The JMM leader Shri Shibu Soren with a support of 17 MLAs of his Party plus others was invited to form the Government .

In J&K 2002, the National Conference won 28 MLAs but the Governor invited the PDP & Congress Combination of 15 + 21 MLAs to form the Government.

In 2013 the BJP won 31 seats in Delhi, but the AAP with 28 MLAs with support of Congress was invited to form the Government.

There are other precedents on the same lines available in 1952 (Madras), 1967 (Rajasthan) and 1982 (Haryana).
The debate between the largest single party lacking majority versus a combination of parties constituting a majority was answered by the former President Shri KR Narayanan in his communiqué in March, 1998 when he invited Shri Atal Behari Vajpayee to form the Government. The President had said “when no party or pre-election alliance of parties is in a clear majority, the Head of State has in India or elsewhere, given the first opportunity to the leader of the party or combination of parties that has won largest number of seats subject to the Prime Ministers so appointed obtaining majority support on the floor of the house within a stipulated time.

This procedure is not, however, all time formula because situations can arise where MPs not belonging to the single largest party or combination can, as a collective entity, out-number the single largest claimant. The President’s choice of Prime Minister is pivoted on the would be Prime Minister’s claim of commanding majority support.”
The Governor in Goa had only one claim of 21 MLAs out of 40 elected MLAs with Shri Manohar Parrikar as their leader. The 17 MLAs of Congress did not even make a claim nor elected their leader. How could the Congress ever be invited to form the Government?
(The writer is Union Minister of Finance & Defence, GoI