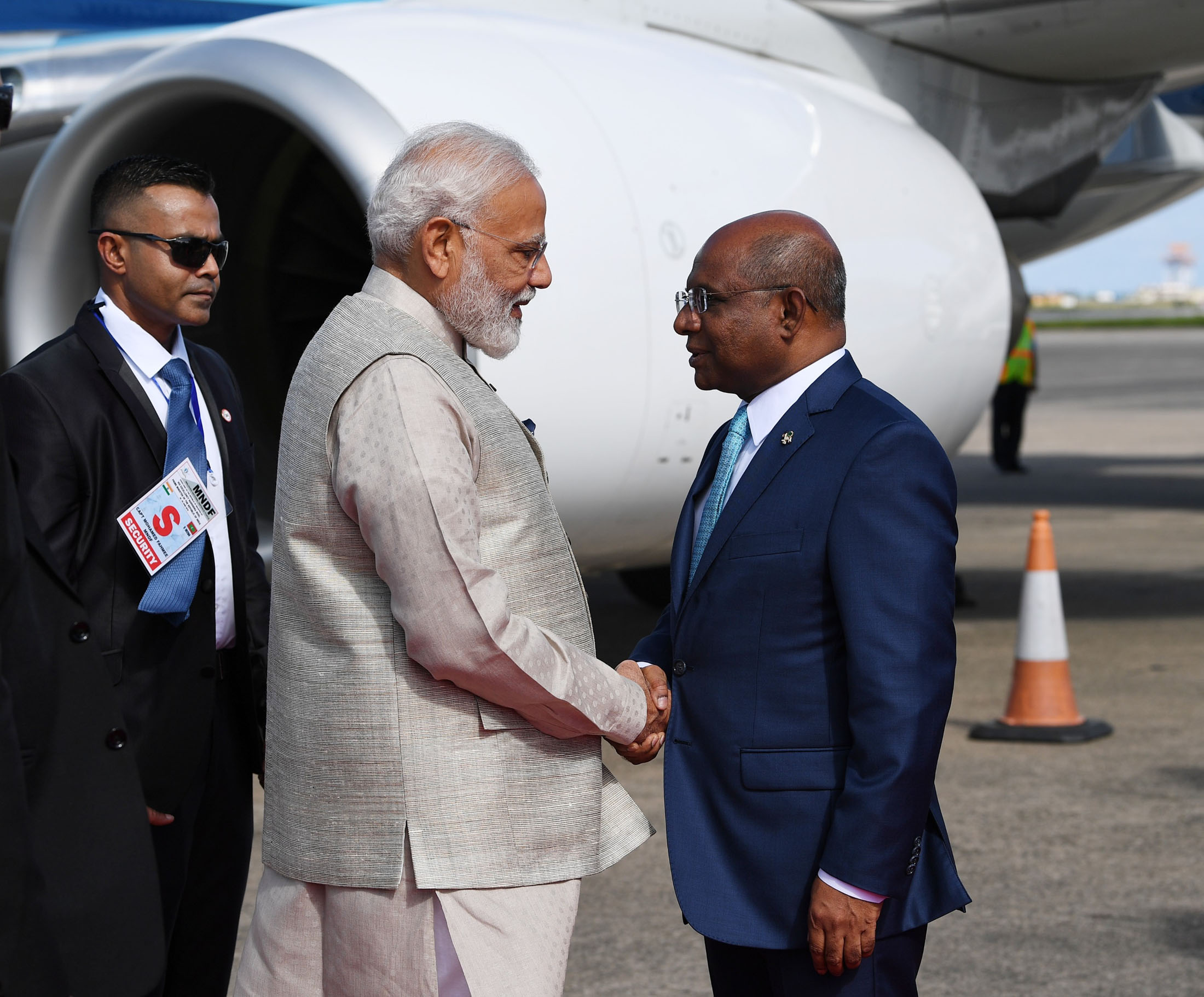 Prime Minister Shri Narendra Modi will be honor with ‘Nishan Izzuddin’, it is the highest award of Maldives to honour foreign nationals.

Prime Minister Shri Narendra Modi will arrive in Male on his maiden two-nation tour to the Maldives and Sri Lanka after resuming office with a thumping victory in recently held general election. The Maldivian Government will be giving a ceremonial welcome to Shri Modi. This will also be the first bilateral visit to the Maldives of an Indian Prime Minister after 2011.

The Prime Minister will have bilateral discussions with President Shri Ibrahim Mohamed Solih, hold meetings with Vice President Shri Faisal Naseem and Speaker of Majlis and former President Mohamed Nasheed during his visit. He will also address the legislative body of the island nation called the People’s Majlis today. Several key agreements and MoUs are expected to be signed during the visit of Prime Minister Modi.

Along with President Shri Solih, Prime Minister Shri Modi is likely to inaugurate the Coastal Surveillance System and the Comprehensive Training Centre for National Defence Forces of Maldives. The two projects have been developed with Indian Grants.

India is likely to announce a few new projects to the Maldives including building a cricket Stadium there, renovating the Friday Mosque by Archaeological Survey of India.

Tomorrow, Prime Minister Shri Modi will reach Sri Lankan capital, Colombo. The visit is regarded as a move to express solidarity with the neighbouring nation in the wake of the Easter Sunday attacks.

This is his first public engagement after leading the BJP to a grand victory in the general election. Modi said, he made Kerala his first stop after the win despite having no MP from the state since it was as dear to him as his constituency Varanasi in Uttar Pradesh.

The Prime Minister said, political parties and pundits failed to gauge the public mood ahead of the Lok Sabha election. He also thanked the electorate for reposing confidence in the BJP.

On the Nipah virus issue, he said the Centre was working “shoulder-to-shoulder” with the Kerala government to provide all required assistance.