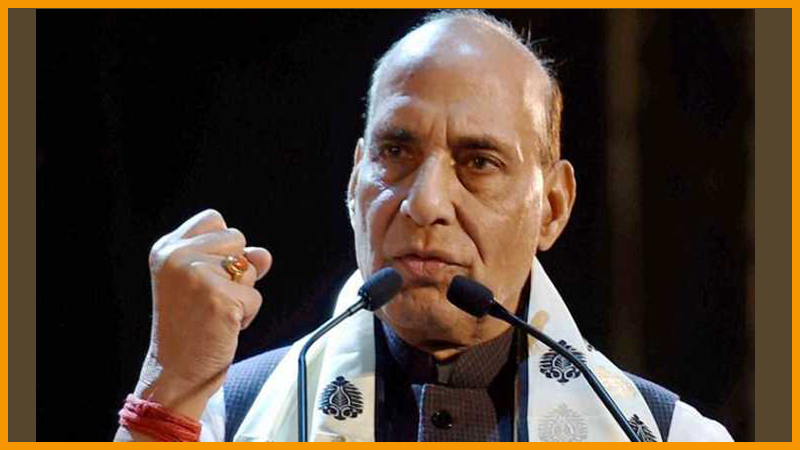 International Women’s Day is celebrated across the globe on March 8 every year to recognise the achievements of women, across divides, national, ethnic, linguistic, cultural, economic or political. It provides an opportunity to reflect on the progress made, to call for change and celebrate acts of courage and determination by those women who have played an extraordinary role in the history of their countries and with regard to communities. The theme of International Women’s Day 2020 is, “I am Generation Equality: Realising Women’s Rights”.

We are a nation in which women’s empowerment has been imbibed in our culture for centuries. In the modern day context, it demands strengthening women’s positions in the social, economic, political and security architectures. The targeted outcome of such empowerment is the creation of an atmosphere where women feel safe and secure to pursue a profession or vocation of their choice. Women should play decisive roles in the family and society equally, so that any question of discrimination or deprivation does not arise.

When it comes to women, security is typically conceived of in terms of physical safety and security — and not beyond. However, our government led by Prime Minister Narendra Modi has added many new dimensions. For our government, women’s empowerment is a comprehensive programme that deals with five components of security: Health security of mother and child, social security, financial security, security of the future through educational and financial programmes in growing-up years, and last but not least, the physical safety of women.

Security and defence have been considered as male bastions but our government is committed to changing this perception.

During my tenure as Union home minister, I made special efforts to increase the number of women in our police and paramilitary forces. The MHA had issued an advisory to all state governments to reserve 33 per cent posts in their respective police forces. The ministry of defence has taken initiatives to increase women’s participation in various departments and field operations.

The proposal for induction of women in the corps of military police in the Indian Army as soldiers was approved last year to recruit a total of 1,700 women military personnel. Steps like increasing the tenure of women officers in SSC from 10 to 14 years and improving their promotional prospects in the Army have been taken.

International Women’s Day gives us an opportunity to celebrate the shining examples of individual officers who have proved that women officers are second to none.

Squadron Leader Minty Agarwal was the eyes behind the Balakot airstrikes as fighter controller. She was conferred with the Yudh Seva Medal for her stellar performance during the operation that taught an unforgettable lesson to the enemy. ln May 2019, Flight Lieutenant Bhawana Kanth became the first woman pilot of the lndian Air Force to qualify to undertake combat missions on a fighter jet. She completed her operational syllabus for carrying out combat missions on Mig-21 Bison aircraft during day time.

She is from the first batch of women fighter pilots of the IAF. This year, Army Officer Tania Shergill led an all-male contingent of the Corps of Signals in the 71st Republic Day Parade. She also led all-men contingents during the Army Day function for the first time, creating history.

Our government has thrown open the doors of Sainik Schools for girls. Admission of girl students started in Sainik School, Chhingchhip (Mizoram) in academic year 2018-19 as a pilot project. The admission process for another five Sainik Schools — Kalikiri (Andhra Pradesh), Kodagu and Bijapur (Karnataka), Ghorakhal (Uttarakhand), Chandrapur (Maharashtra) — has already started. All the Sainik schools will extend admission to girl students from the academic session 2021-22 onwards.

There has been a substantial increase in enrolment and representation of girl cadets in NCC to 33.72 per cent in 2019 from 25.4 per cent in 2014. The total enrolment of girl cadets in the NCC is around 4.54 lakh (2019). An additional 33,000 girl cadets are to be enrolled in the senior wing under self-financing schemes from 2020.Nearly 650 additional posts for Girl Cadet Instructors (GCl) have been sanctioned for recruitment over the next five years against the present strength of 255 GCls. For the first time ever, around 10,000 girl cadets will be sent for attachment with the three services from 2020 onwards.

A large number of women officers were commissioned in the AFMS over the last four years. The percentage of women medical and dental officers is around 23 per cent. And there is 100 per cent representation of women in the military nursing services (MNS). Never before in the history of independent India have women officers been given the opportunity to serve as defence attaches. Now two women officers, Wg Cdr Anjali Singh, (lAF) and Lt Cdr Karabi Gogoi (lndian Navy) have been posted as Asst Attache in the Defence Wing of Embassy of lndia in Moscow, Russia.

The DRDO has been according equal opportunities for enhancement of women’s skills and fulfilment of their potential. Some of the leading missile scientists today are women. The year 2018 saw the first-ever Indian circumnavigation of the globe, Navika Sagar Parikrama, by an all-women crew. The INSV Tarini success was the completion of the first Indian all-women circumnavigation of the globe, depicting “nari shakti” on the world platform.

Women in our armed forces are marching ahead to conquer new frontiers and my best wishes to them. The economic and social empowerment of women is another significant step which our government has taken in the past 70 months.

The Mudra Yojana is one of schemes which has laid the foundation of economic empowerment of Indian women. Women entrepreneurs have cornered about 75 per cent of the total disbursals under the Yojana.
The government is moving in the right direction, but I do believe what’s really required is far more awareness and creation of new opportunities. Programmes like “Beti Bachao, Beti Padhao” have not only helped improve the sex ratio but also created awareness among the people. We need to keep reminding ourselves about the contributions of women, about their strengths. India has come a long way in empowering women but many milestones are yet to be crossed.

“Stree Shakti” is an integral part of our “Rashtra Shakti” and without strengthening our “Shakti” we cannot aspire to be “Shaktishali Bharat”.

(The writer is the Union Defence Minister, Government of India)