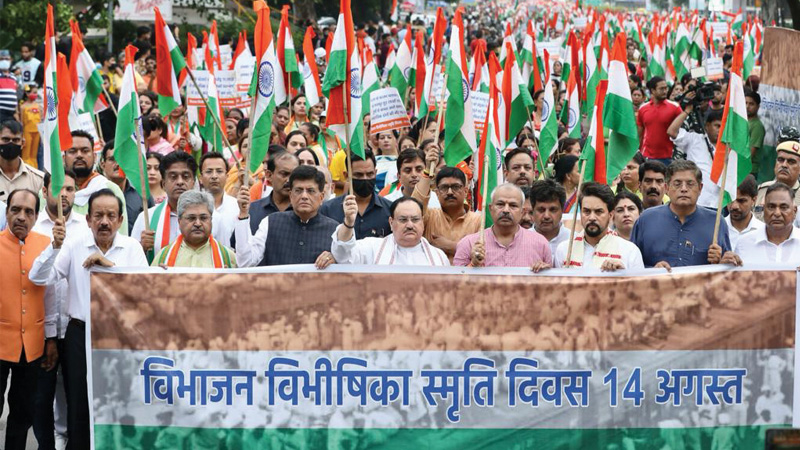 Prime Minister Shri Narendra Modi, BJP National President Shri JP Nadda and other senior leaders on 14 August, 2022 paid homage to those who lost their lives in the partition of India in 1947, on the occasion of the ‘Partition Horrors Remembrance Day’. 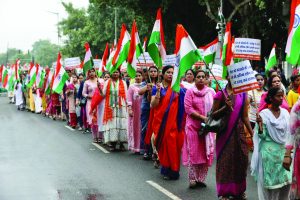 A day before Independence Day, BJP National President Shri JP Nadda participated in a silent procession in remembrance of people who lost their lives during India’s partition in 1947. The Yatra was taken out from Jantar Mantar to Connaught Place in New Delhi on the occasion of ‘Vibhajan Vibhishika Smriti Diwas’.

Defence Minister Shri Rajnath Singh also paid tribute to all those who lost their lives during the partition of the country. In a tweet Shri Singh said, “Salute to those who made a new beginning despite not being able to forget the pain of Partition. This country will never forget the horrors of Partition”.

Union Home Minister Shri Amit Shah also paid homage to the victims, and said, “The partition of the country in 1947 is that inhuman chapter of Indian history which can never be forgotten. The violence and hatred of Partition claimed millions of lives and displaced innumerable people. Today, on ‘Partition Horrors Remembrance Day’, I bow to lakhs of people who suffered the brunt of Partition,” Shri Shah said in a tweet.

On August 14, 2021, Prime Minister Shri Narendra Modi declared that August 14 will be annually remembered as ‘Vibhajan Vibhishika Smriti Diwas’ or Partition Horrors Remembrance every year Day to remind the nation of the sufferings and sacrifices of Indians during the partition in 1947.