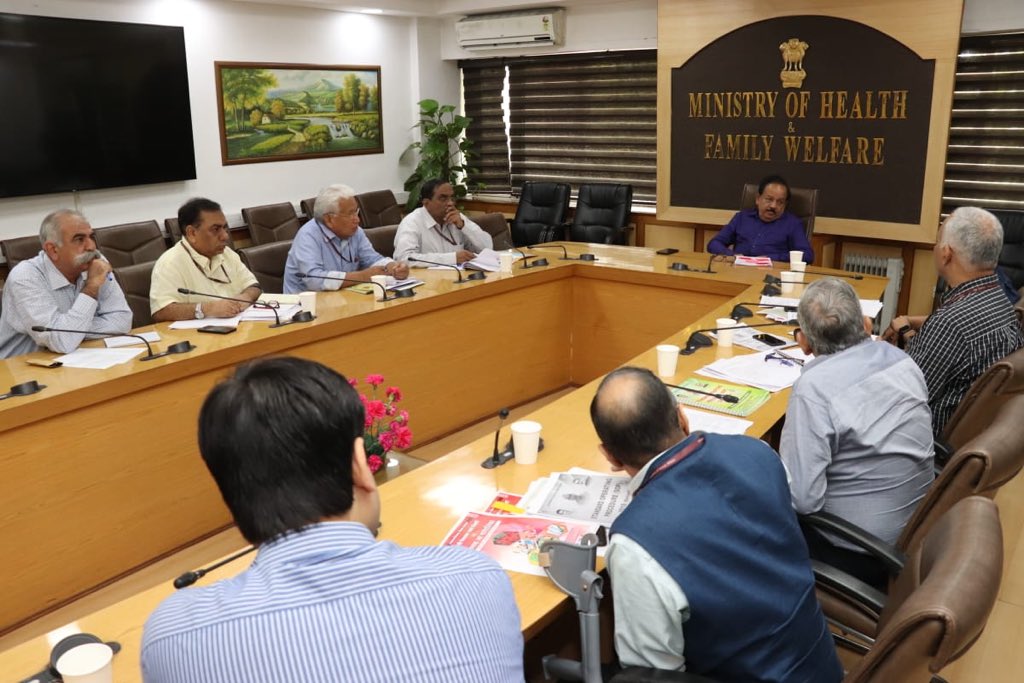 In view of the situation arising due to the AES/JE cases in Muzaffarpur and other adjoining districts in Bihar, Dr. Harsh Vardhan, Union Minister of Health and Family Welfare has instructed for deployment of eight advanced life support ambulances (ALS) in the affected districts. Accordingly, eight additional advanced life support ambulances (ALS) have been pressed into service for transportation of critical patients under National Health Mission (NHM). The central teams of 10 pediatricians and five para-medics sent yesterday, have been deployed in the field and have started working in coordination with the state government.  Dr. Harsh Vardhan further added that sixteen senior district officials and medical personnel have been sent to the vulnerable blocks for monitoring and early identification of cases and ensuring daily reporting. Their headquarters have also been shifted to these blocks also, he added

Dr. Harsh Vardhan said that the District Collector (DC) has now got involved and is personally taking responsibility. He has deputed the Senior Deputy Collectors (SDC)/District level officers to lead various block teams. These teams will be assisted by a district level Medical Officer and Medical Officer in charge (MOIC) to do the overall work at block level. He further said that the State has been given instructions to switch to daily surveillance and monitoring for detecting early warning signs of the disease. “The State government has started a social audit along with active case finding campaign through house to house survey and moving the prospective patients to the nearest PHC for early intervention. Surprise checks are also being conducted at the PHCs by the Senior Deputy Collectors (SDC). Additionally, the early morning inspection of Anganwadi Centres is also being undertaken by SDCs and Child development Project Officers (CDPOs). They are also distributing of ORS to each house in the affected villages,” he stated. The ANMs and ASHAs have been directed to visit every house for raising awareness about AES/JE by distributing pamphlets and brochures. Awareness is also being created through other measures such as miking and inter-personal communication.

Also, an ICMR team of experts has been deployed at the Sri Krishna Medical College and Hospital (SKMCH) hospital for making the virology lab operational at the earliest, Dr. Harsh Vardhan stated. The Union Health Minister further stated that the multi-disciplinary team deployed earlier is reviewing all the case records of AES patients, admitted and treated in 2019. “The team is reviewing the case records of discharged and deceased AES patients at SKMCH using a standardized tool to know the reasons for mortality. We expect to complete the activity in next two to three days. A similar exercise will be undertaken in the Kejriwal Hospital,” Dr Harsh Vardhan said.

The multi-disciplinary team will systematically collect clinical, nutritional and epidemiological information from AES patients hospitalized since 18 May 2019. Blood, urine and CSF samples will be collected from these patients to rule out infectious aetiology. The team will also conduct case-control study (by taking household/village controls) to reconfirm the role of missing meals and litchi consumption (including the quantity). Orientation training of all pediatricians of SKMCH will also be conducted in batches over the next few days on clinical case management and treatment protocol of AES and brief the new team about case assessment, investigations and treatment protocols already in place and request them to continue the same.