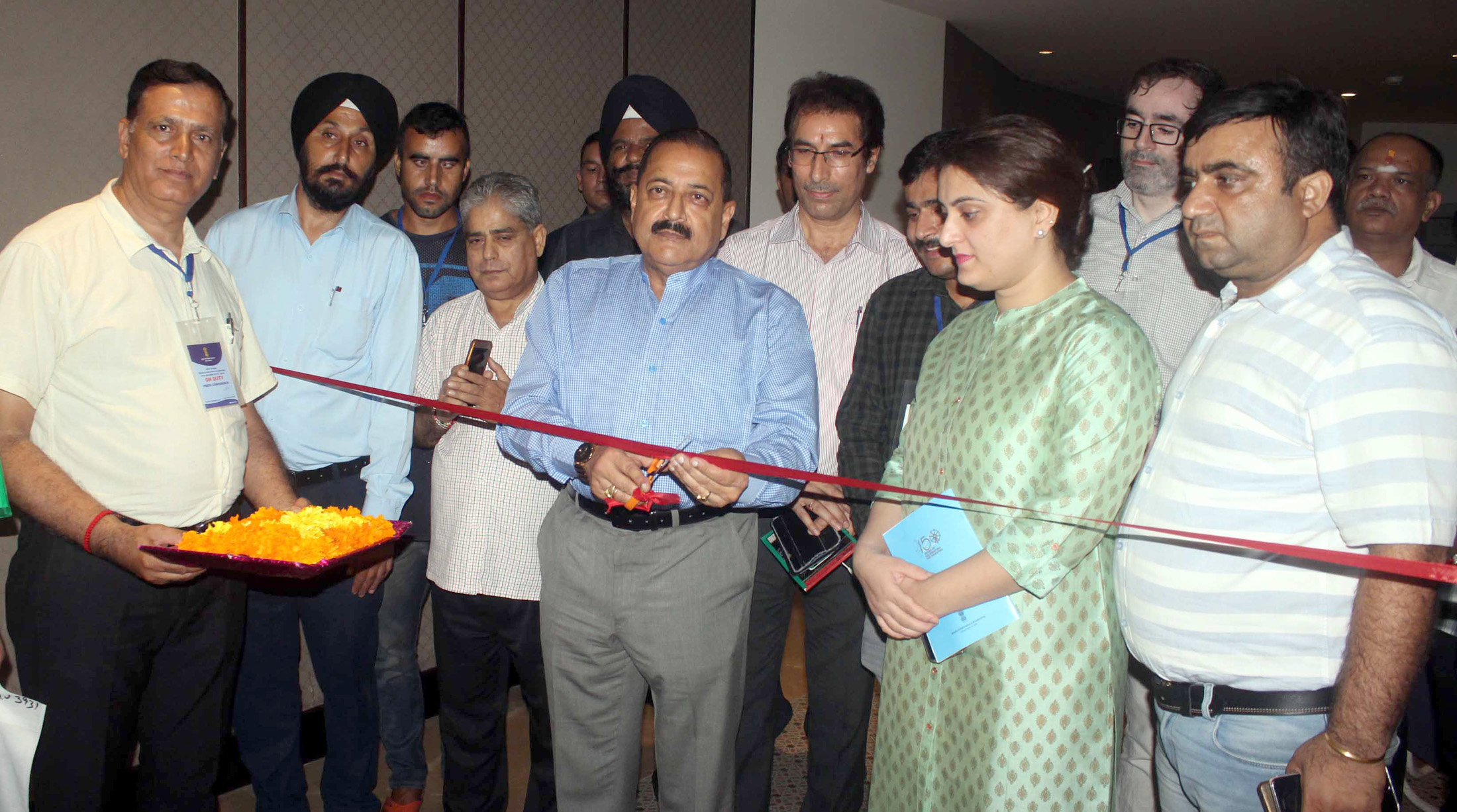 The Minister of State (Independent Charge) Ministry of Development of North-Eastern Region and MoS PMO, Personnel, Public Grievances & Pensions, Atomic Energy and Space, Dr. Jitendra Singh has said that abrogation of Article 370 is the biggest achievement of Government under the leadership of Prime Minister Shri Narendra Modi in the first 100 days of its second term which is being rejoiced by the people of Jammu and Kashmir.

Listing the bold initiatives taken by the Government in last 100 days in a press conference at Jammu, Dr. Singh said that the government is aware of the challenges facing the country and is determined to overcome these challenges by taking bold initiatives. Listing in detail the key decisions taken by the Government, Dr. Jitendra Singh said that the government has taken several historic and landmark decisions at an unparalleled scale. He said that India is touching new heights in space technology and the feats achieved by ISRO scientists and engineers in these years would be a stepping stone towards further success.

The Minister while highlighting the key decisions of Shri Narendra Modi government, including abrogation of Article 370, said that rejoiced by the people of Jammu and Kashmir, the abrogation of Article 370 was the biggest achievement of Shri Narendra Modi government in its first hundred days of second term which will help in the industrial growth, employment generation and bettering healthcare system in the state. He said that the International Organizations and many world Leaders like Britain, France, US, Russia were unanimous for their support of India’s move and its sovereign right to do so.

Dr. Singh said that government has taken some significant decisions for making India a $5 trillion economy and large scale investments in infrastructure and social sector are being encouraged to realise this dream. The minister said that despite stiff opposition,the legislation against Triple Talaq has demonstrated the government’s commitment to restoring the honour and dignity of Muslim women. He added that the legislation is a strong step towards protecting and empowering Muslim women by ensuring gender justice as enshrined in the Constitution of India.