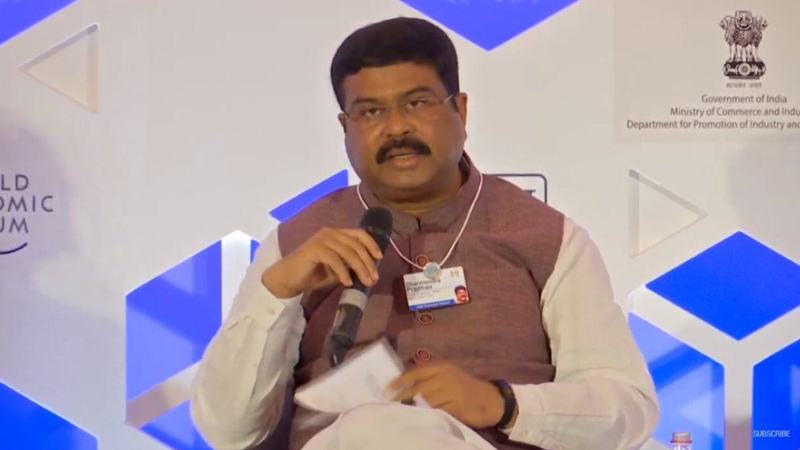 Petroleum Minister Shri Dharmendra Pradhan has said that securing affordable and sustainable energy is a top priority for India. Speaking at the India Economic Summit in New Delhi, he said, the price volatility and concerns about sustained oil supplies have made consuming countries vulnerable given the fact that India, along with most South Asian countries, have a major dependency on crude oil and gas imports. The Minister said that it is only natural that the global energy deliberations pay close attention to the developments in energy sector in India. He said, this has a lot to do with the emergence of India as third-largest energy consumer in the world, and the fact that India is playing a leading role globally by implementing several transformative initiatives to reduce energy poverty in the country.

Shri Pradhan said, to transform India into a 5 trillion dollar economy, it is imperative to increase energy availability to 1.3 billion people, whose per capita energy consumption is lower than the global average. He said, the energy demand is estimated to grow at 4.2 percent per annum up to 2035.