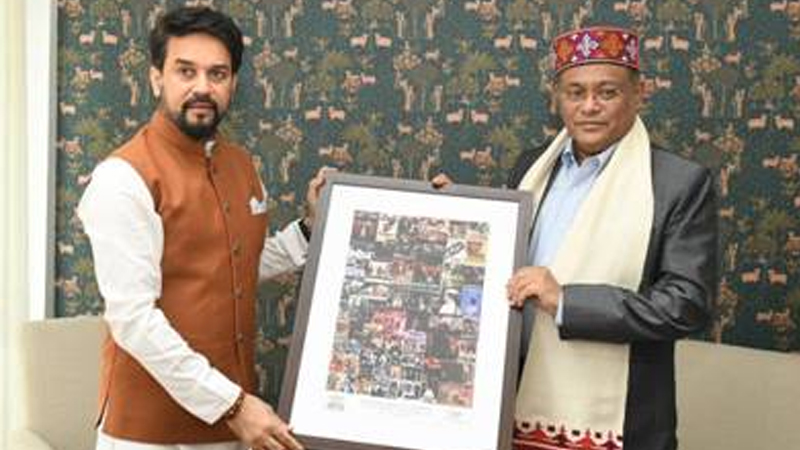 Shri Anurag Singh Thakur, Hon’ble Minister of Information & Broadcasting held a meeting with the delegation of Bangladesh led by H.E. Dr. Hasan Mahmud, Hon’ble Minister of Information & Broadcasting of Bangladesh to discuss matters of mutual interest and further the strong ties between the two countries in areas of broadcasting and entertainment, strengthening people to people contact and exploring the potential of soft power interface between the two countries.  H.E. Dr. Hasan Mahmud thanked Shri Anurag Singh Thakur for hosting him and his team to discuss the matters of mutual interest and cooperation.  He appreciated the pro-active steps taken by the Indian Government and made special mention of the visit of Shri Narendra Modi, the Indian Prime Minister to Bangladesh in March, 2021.