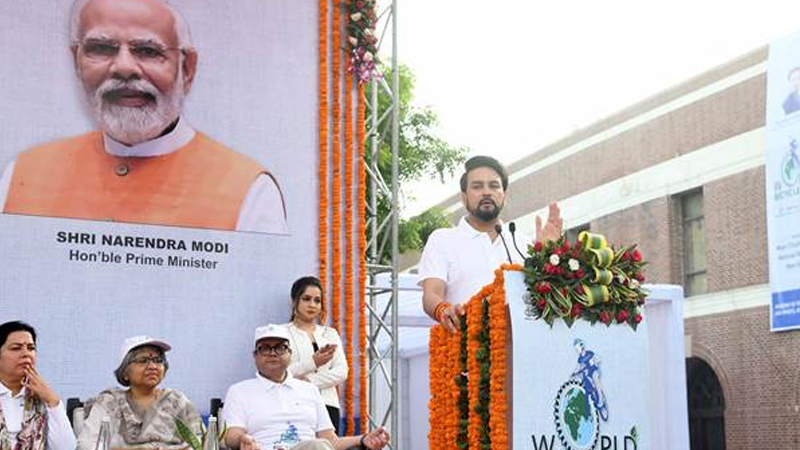 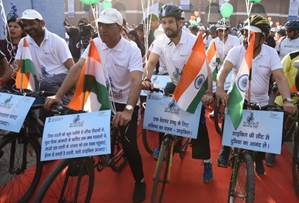 Shri Anurag Singh Thakur led the cycle rally  organized in Delhi , which set off from Dhyan Chand Stadium. He was joined by the Ministers and MP’s who graced the occasion. More than 1500 people participated in the 7.5 kms rally in Delhi. Further, NYKS organised Cycle Rallies at more than 100 locations in 35 States/UTs capital including at 75 iconic places across the country during which 75 participants in each rally covered the distance of 7.5 k.m.

Before the flag off,  Shri Anurag Singh Thakur addressed the gathering and said that as India is celebrating Azadi Ka Amrit Mahotsav, the Ministry of Youth Affairs and Sports has taken the unique step to organise bicycle rallies  throughout the country with the determination to promote a ‘healthy India’ as we enter the 75th year of Independence . The aim of this programme is to motivate people to take up and adopt cycling in their daily lives for physical fitness. 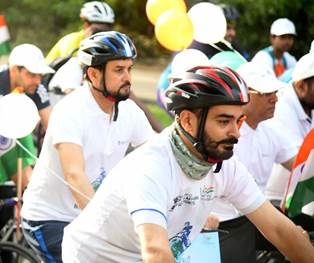 Shri Thakur said, “The Prime Minister Shri Narendra Modi believes that the people of the country should join the fitness campaign. Cycling can  play the biggest role in the Fit India campaign. On World Bicycle Day, we are giving a clear message that everyone should make cycling a part of their daily life. Cycling will keep you healthy and help build a clean India.” Shri Thakur further added that Fit India Movement, Khelo India movement, Clean India movement & Healthy India movement all can be accomplished by riding a bicycle. It’ll also cut down the pollution levels. By using bicycle, we not only make ourselves fit but also give  the message of Fit India. Giving example of Shri Mansukh Mandaviya and Shri Kiran Rijiju, Shri Thakur highlighted that these ministers have always promoted cycling by themselves using it as mode of  transport and inspired others. 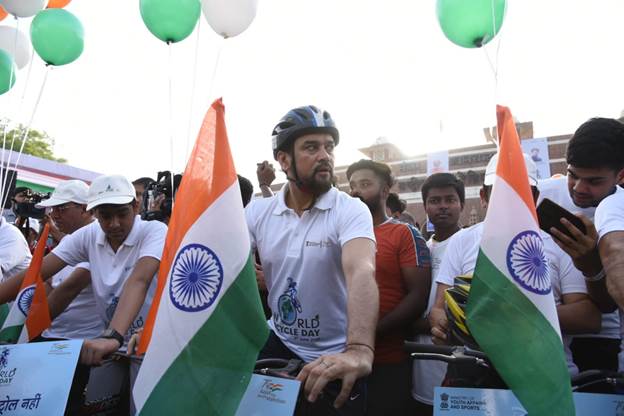