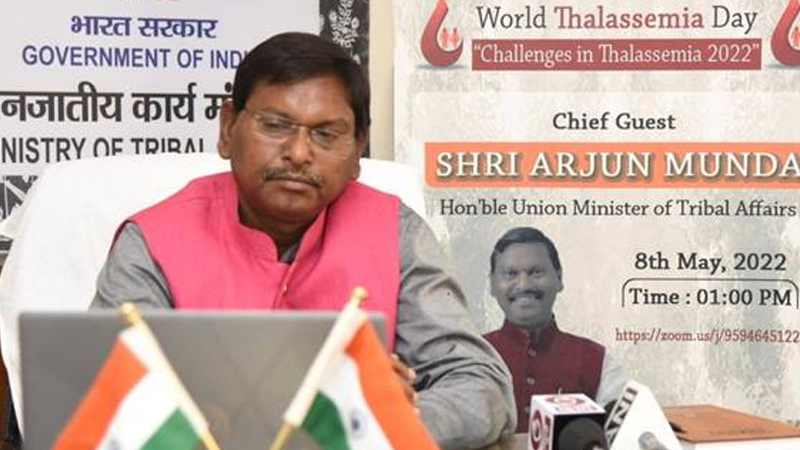 On the occasion of World Thalassemia Day, Union Minister for Tribal Affairs Shri Arjun Munda virtually addressed the webinar  “Challenges in Thalassemia 2022” in New Delhi today. It was jointly organized by Ministry of Tribal Affairs along with various ministries and Thalassemia association. Experts from India and various parts of the world took part in the Conference.

In his address, the Union Minister Shri Arjun Munda said that as we celebrate Azadi Ka Amrit Mahotsav, it is Prime Minister’s vision that we make new resolves which will propel India towards AtmaNirbhar Bharat during the period of Amrit Kaal. In this direction, we should also make new resolves for tackling the problem of Thalassemia .

Shri Arjun Munda also said “There is need to have a nationwide awareness campaign through the stakeholders of various ministries and state governments such as Teachers- students , Anganwadi and ASHA workers , which is essential for mounting an attack on the problem of Thalassemia. He also said that a teacher should give five minutes extra to create awareness among students and similarly Anganwadi workers should inform the villagers about the disease and its prevention.

Union Minister also suggested that there should be common literature in simple and local language to guide the local level workers and help them in creating awareness .

“Apart from  awareness and counselling cheap medicines availability and Community blood donation and in rural areas should be promoted”, the Minister urged.

In his address Secretary, Ministry of Tribal affairs , Shri Anil Kumar Jha said that through awareness , effective participation and whole of the government approach India can control, prevent and treat the disease.

He also said that Ministry will provide support to all private and public institutions working in the field of controlling Thalassemia.

This program highlighted important aspects of understanding Thalassemia followed by its education and awareness which also includes screening and management , by the key international experts and other partners like Thalassemia India and Thalassemia and Sickle Cell Society (TSCS) in association with Mumbai Hematology Group. 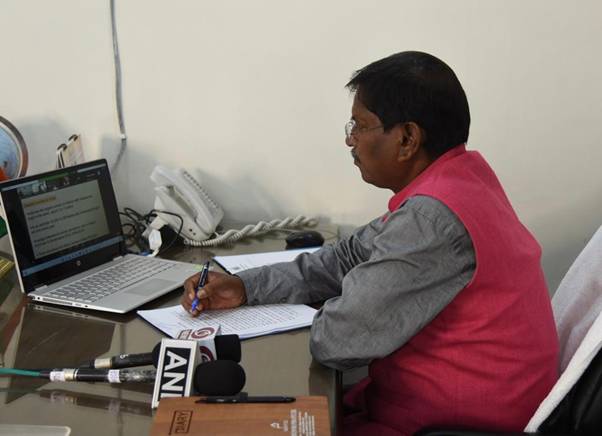 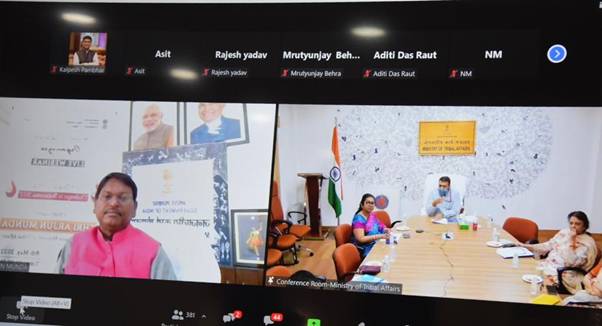 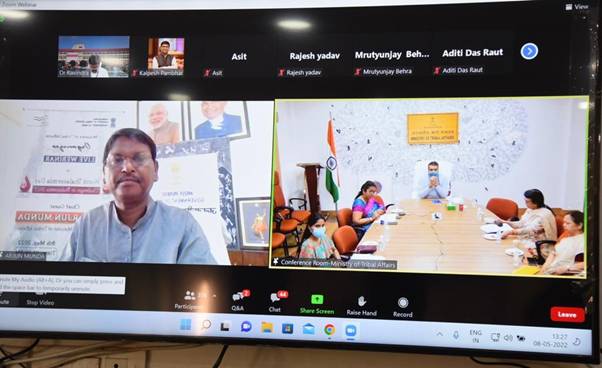 A key aspect to manage Thalassemia is to promote education and awareness , which is a key to success. Government and non-government organizations have been working towards this goal for the last 3 to 4 decades but a nationwide collaborative effort in regard to above, reaching all rural regions where almost 70% of the population resides is the need of the hour.