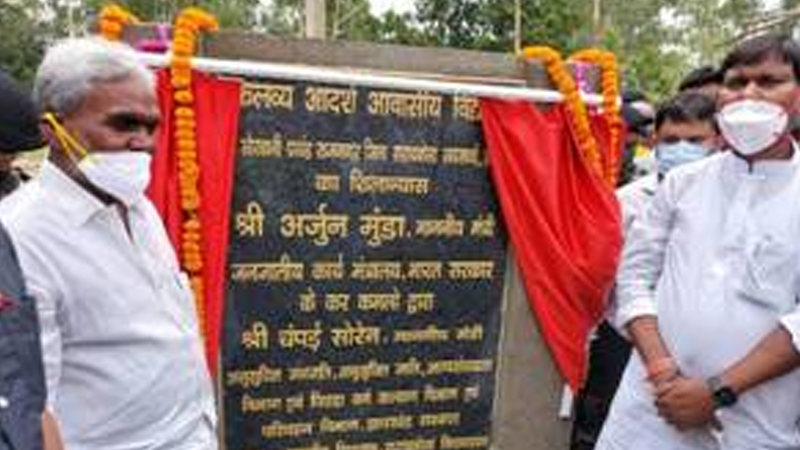 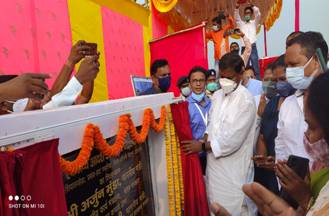 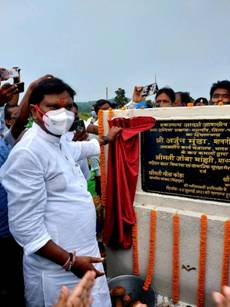 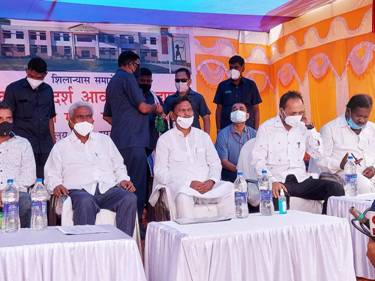 In continuation of this future for tribal youth, Sh Munda laid the foundation stone for construction of 2 EMRSs, one each at Gurbandha and Dhalbhumgarh blocks of East Singhbhum on 4th July in presence of State Minister for SC-ST, Shri Champai Soren and local MP and MLA.

Addressing at the ceremony, Shri Arjun Munda spoke about the vision of Prime Minister for upliftment  of ST community and the role of education envisaged by him for their upliftment. T⁸he Minister said that  the construction work of EMRSs will be completed soon and we will be here again for inauguration. He further explained that EMRS is the flagship program of the Ministry of Tribal Affairs and it is envisaged that the level of education in EMRS would be at par with JawaharNavodayaVidyalayas. 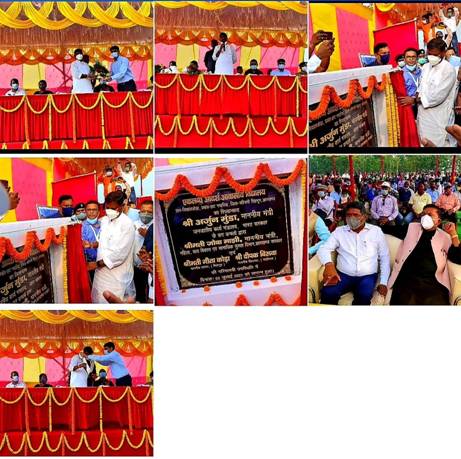 Giving more details, Shri Arjun Munda further said that this is a very important scheme for tribal areas, in which 480 students will study in each school. Full attention will be given to quality education. All facilities will be provided to pthe students. He said that as India is entering the 75th year of independence, this scheme is the herald of a new revolution for the tribal areas. All the Eklavya Model Schools in Jharkhand will have facilities for the sport Archery, he disclosed.

Addressing at the event on Sunday, Shri Arjun Munda said that 2021-22 will be 75th year of independence when sanctioned Eklavya schools will become operational. And when centenary of Independence is celebrated in 2047, the alumni of Eklavya schools should be everywhere in positions of importance and would have proved their mettle by then.