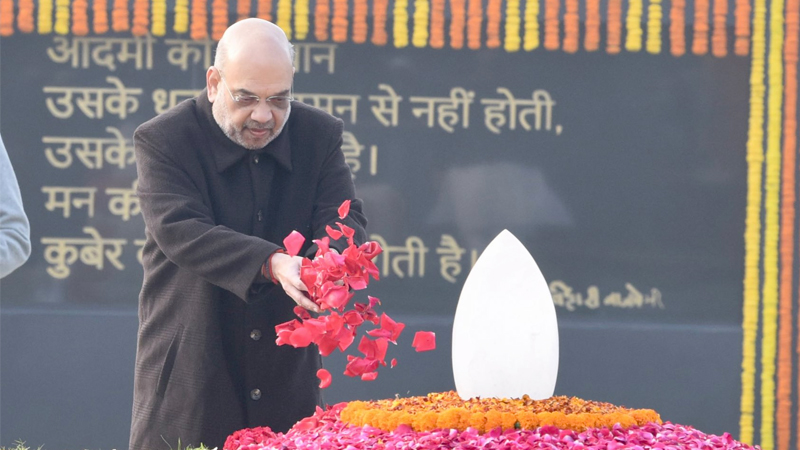 In his tweets, Shri Amit Shah said that Atal ji’s patriotism, dutifulness and dedication will always inspire us to serve the Nation.

The Union Home and Cooperation Minister said that the life of Atal ji, the pinnacle of Indian politics, was dedicated to taking the country back to its ultimate glory. By laying the foundation of a new era of development and Good Governance under his leadership, Atal ji made the world aware of India’s potential and instilled a sense of national pride in the public. Today, on his birth anniversary, I pay my respects to Atal ji.