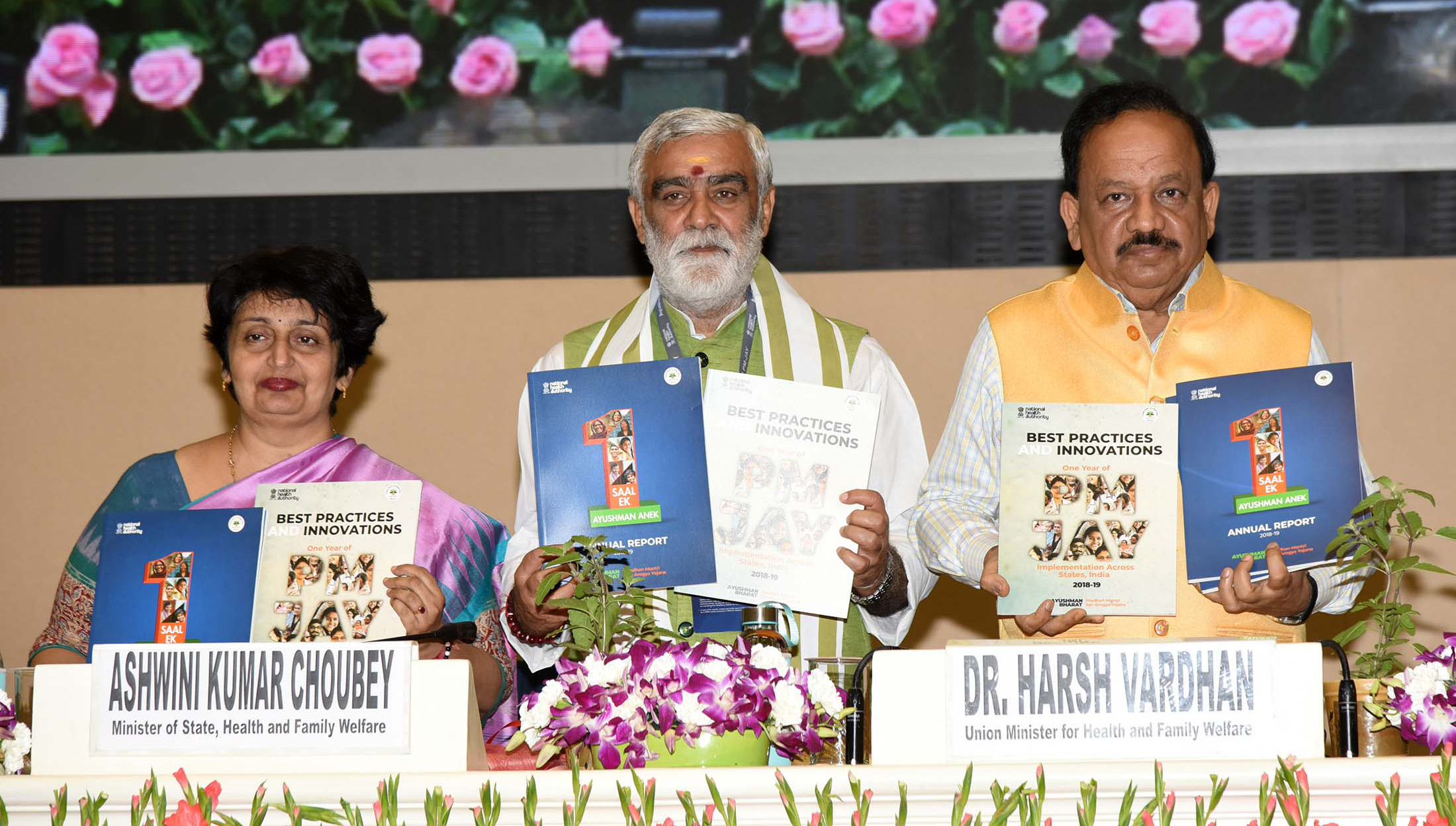 Dr Harsh Vardhan, Union Minister of Health and Family Welfare, today inaugurated the ‘Arogya Manthan’, a 2-day national workshop  to mark the first year anniversary of Ayushman Bharat PMJAY, which was launched by the Hon. Prime Minister. He said that “Ayushman Bharat with it pillars of Health and Wellness Centres (HWCs) and Pradhan Mantri Jan Arogya Yojana (PMJAY) is ably fulfilling the Hon. PM’s pragmatic vision of serving the poor and needy, through affordable, quality and accessible healthcare services which are now available close to their own communities, and the assurance component which is totally cashless, and available in any part of the country.

Dr Harsh Vardhan stated that “our Prime Minister Shri Narendra Modi ji is a visionary par excellence, and architect of this scheme, which is the largest public health scheme in the world. Under the leadership of Hon. Prime Minister, India has shown that such as large scale health scheme can not only be dreamed of but also successfully implemented”. The stature of India has grown by leaps and bounds in the world under his dynamic leadership, he added. “He has been honoured by the Governments of Saudi Arabia, UAE, Bahrain, etc., and organisations such as the Gates Foundation recently for his exemplary work. The PM has become a symbol of aspirations of the world today”. The visionary Prime Minister has inspired multitude of people- centric public health interventions, he added. He also stated that more than 12 crore toilets have been constructed in the country under Swachch Bharat Abhiyaan. Dr Harsh Vardhan further stated that earlier, the sanitation coverage was not even 30%, while today it is more than 95%. “It’s because of the commitment of our Prime Minister that more than 5,90,000 villages in the country have been declared open defecation free,” he stated.