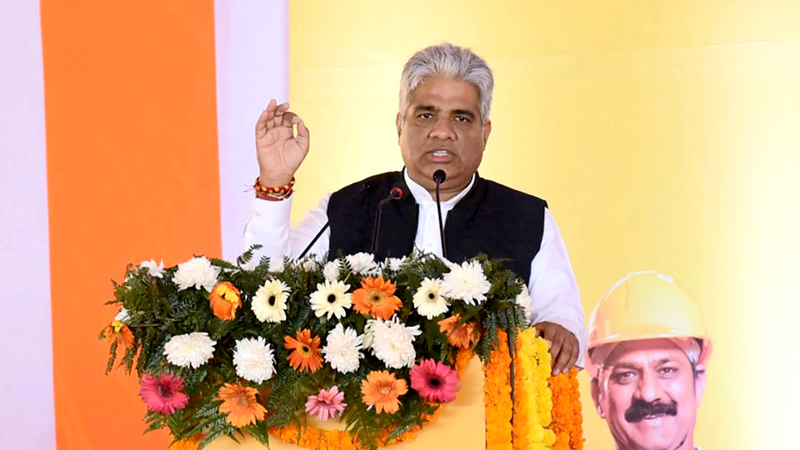 On this occasion Shri Bhupender Yadav said that Ministry of Labour and Employment will reconsider the mandate of distance and number of insured persons to establish new dispensary or hospital under ESIC, following Prime Ministers vision to serve the poor people on priority. Further, he announced  the adaption of equal pay scale policy for doctors of Central and State supported ESIC hospitals and dispensaries. Keeping the need of Nursing staff in ESIC Hospitals, the minister announced to open a nursing college in Manesar. The announcement was welcomed by Haryana CM with the commitment of providing 5-acre land for this nursing college.

Shri Bhupender Yadav told that another Medical College under ESIC will be established in Alwar. The Minister told that ESIC hospitals will be equipped for the treatment of job or profession-borne diseases. The minister said that medical examination for insured persons over 40 years will be undertaken in ESIC hospitals in a phased manner. Shri Yadav informed that ESIC dispensaries and hospitals all over the country will organise Yoga Camps in the month of June in connection with World Yoga Day. Shri Yadav said that 25 crore E-Shram Cards have been made within 4  months to ensure the Bima for kamgars. He told that a survey of migratory and domestic worker has been started on the instruction of Hon’ble PM to assess their conditions.

The hospital will be built on 8 acre area at the cost of Rs 500 crore. Around six lakh workers from Gurugram and neighbouring districts of Mahendragarh, Nuh and Rewari will get treatment facility through this hospital. The Workers  and other citizens will also get treatment under the Ayushman Bharat scheme in this hospital. This ESIC hospital will have emergency, OPD, ICU, Gynaecology and Pediatrics, Orthopaedic and Cancer treatment facilities. Blood bank will also be established in the hospital.

Shri Yadav announced an open competition for students of  Architecture to prepare the design of this Manesar ESIC hospital and declared cash prize of Rs 2 lakhs for first prize, Rs 1.5 lakhs for Second Prize and Rs 1 lakh for third prize. Sanction letters to the kins of  Corona deceased persons, E-Shram Cards, payment under EDLI Scheme were also distributed in the programme.