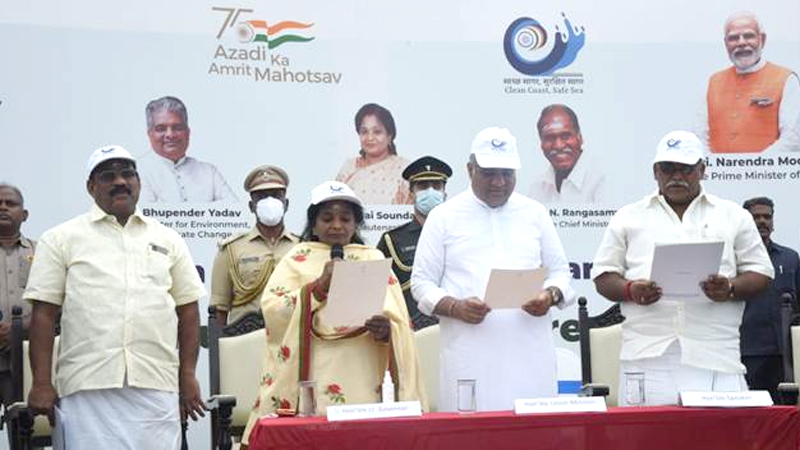 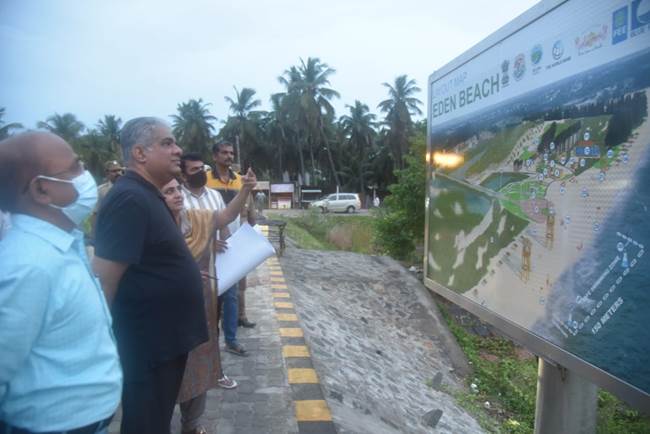 Union Minister Shri Bhupender Yadav inspected the Beach infrastructure facilities, the safety and risk measures taken for the safety of the beach users and interacted with the Officials of the Government of Puducherry, the beach maintenance team, and the tourists at the Eden Blue Flag Beach.

The  Campaign at the Promenade beach was marked by taking a Pledge on “I Am Saving My Beach”by school children and beach users in English and Tamil. This was followed by a prize distribution for the painting competition held on the occasion. The dignitaries flagged off a walkathon by 100 school students, cyclists and a float on “Connecting with the Ocean”.  A large beach cleaning campaign involving over 200 children from various schools at Puducherry, NCC Cadets, Scouts and Guides was held at the Promenade Beach, along with officials of the Government of Puducherry and the general beach users.  The primary objective of the campaign is to create an awareness among the public who live along the beaches and coast for a “clean coast and safe seas”. 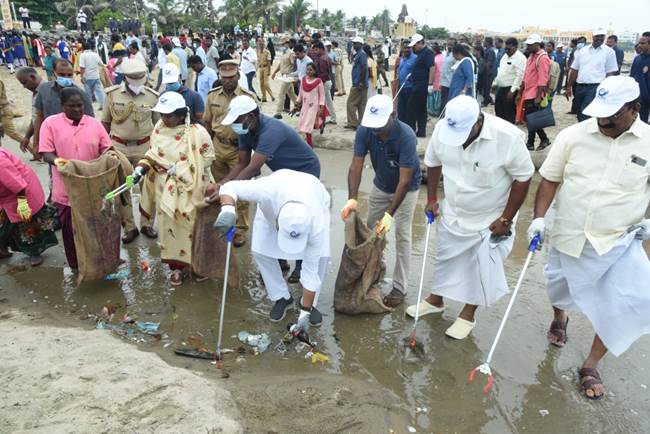 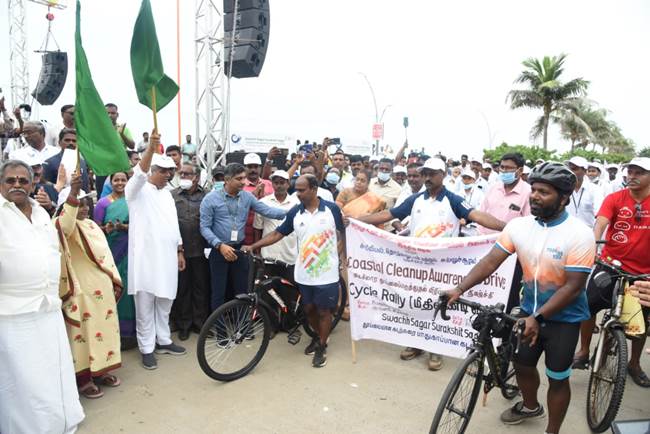 The three strategic underlying objective of the Campaign is to alter and save the environment through behaviour change. The campaign’s three overarching goals are:

2. Separate waste at home, and

The campaign is spearheaded by Ministry of Earth Sciences (MoES) in partnership of Ministry of Environment Forest and Climate Change (MoEFCC), Indian Coast Guard, National Disaster Management Authority (NDMA), other central ministries/organisation and other social organizations and educational institutions.

The coastal clean-up campaign is being taken at 75 beaches along the coast line of with average 75 volunteers for every kilometre of coastline. National conference and workshop on conservation of Coastal Ecosystem, marine environment, safe beach, waste management, are being conducted. 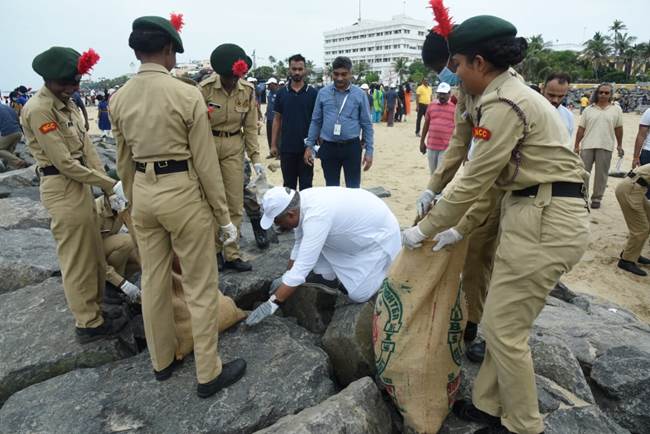 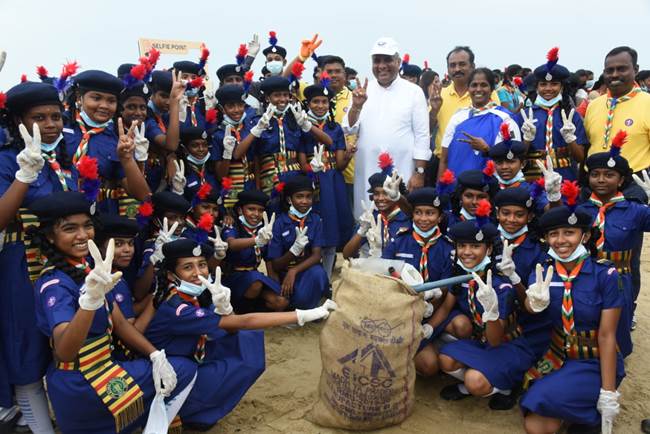 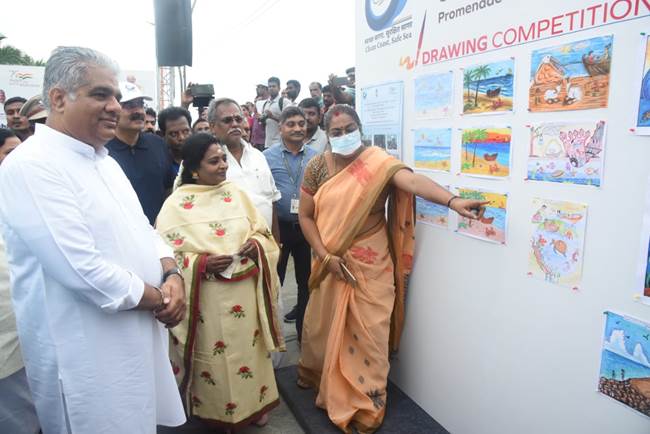 The objective is to target lifestyle and behavioural changes that promote environmental sustainability, in line with the Hon’ble Prime Minister’s Global initiative on ‘Lifestyle for Environment (LiFE) Movement; calling for human centric and collective efforts to strengthen sustainable development.

Ministry of Environment, Forest & Climate Change, Government of India, has launched a scheme to certify Indian beaches in the country as ‘Blue Flag’. This certification is given by an international organisation “Foundation for Environment Education, Denmark” and is based on 33 stringent criteria divided into four major categories: (i) environmental education and information, (ii) bathing water quality, (iii) environment management and conservation, and (iv) beach safety and services. The ‘Blue Flag’ beach is an Eco-tourism model that aims to give tourists and beach-goers with clean and sanitary bathing water, facilities and amenities, a safe and healthy environment, and long-term eco-development of the area.Among the first set of 8 beaches, the EDEN BEACH at Puducherry is a certified Blue Flag Beach, since September 2020.