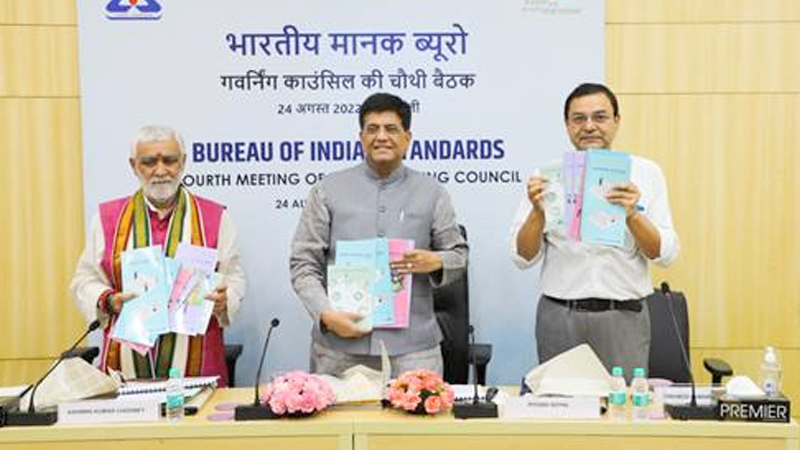 Shri Piyush Goyal, Union Minister for Consumer Affairs, Food and Public Distribution, Commerce & Industry and Textiles has said that  all existing labs in India should be modernised and mapped so that the testing facilities can be better utilized. Delivering his presidential address on the  fourth meeting of the Governing Council of Bureau of Indian Standards (BIS) at its Headquarter in New Delhi, yesterday, Shri Goyal  laid  special emphasis on importance of upgradation and integration of laboratory infrastructure.  The Minister said, “Superior labs will boost formulation of better standards as well as ease in certification. Young technical professional and technical students should be appraised with the testing procedures through arranging tours to these labs”.

Congratulating BIS on completion of 75 years Shri Goyal  stated that BIS has evolved with the country and has been steadily contributing in national economy. He highlighted that BIS has a significant role in development of ‘Brand India’. The power of youth and motherhood should be utilized to achieve quality consciousness. He appreciated the initiative of creating Standards Clubs in school by BIS for sensitizing young minds towards standards and quality.

He further expressed his desire for India to be the top in the emerging fields of manufacturing and appreciated the efforts being made by BIS in the direction of developing Standards to support the same. Shri Ashwini Kumar Choubey in his address acclaimed BIS for formulating standards that are enabling manufacturers to produce internationally acceptable products which is not only a giant step in consumer benefit but has eased the export also. He further added that ‘Standards Revolution’ is the requirement of the hour, where implementation of Standards should be supporting the businesses and should not be seen as an impediment”.

On this occasion, Shri Goyal  inaugurated the renovated building, “Mankalaya” of BIS headquarter. He also launched revised website of BIS which has enabled easy access to information through user friendly interfaces and has been updated with all the important initiatives of BIS. Pamphlets on National Building Code and handbook on the National Electricity Code was also released. 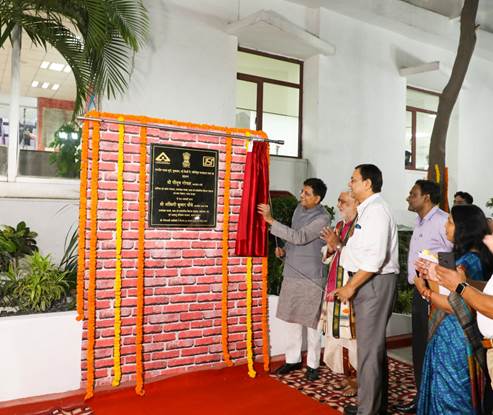