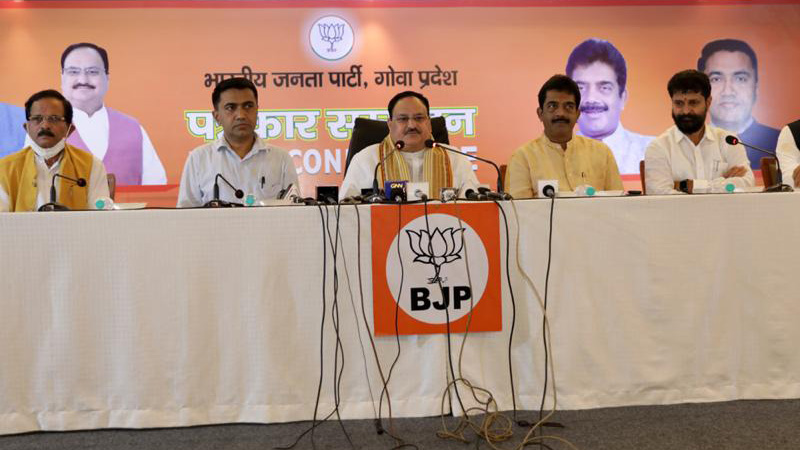 BJP National President , Shri Jagat Prakash Nadda addressed a press conference in Panaji on the last day of his two-day stay in Goa on July 25 and while discussing the development works in detail, he expressed confidence that  people of Goa are with the Bharatiya Janata Party and the BJP will continue to get their blessings and support in the state.

Here are the Salient points of his Speech: