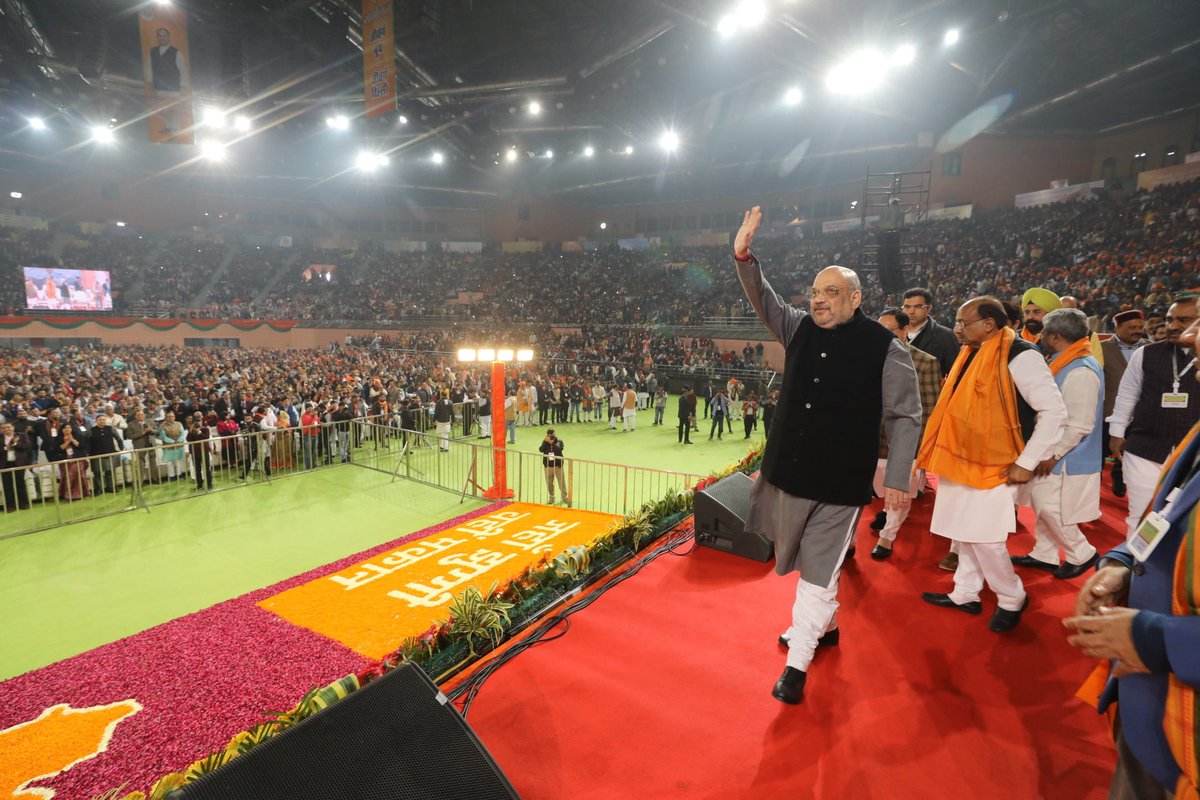 Bharatiya Janata Party has launched a massive nationwide campaign to mobilise support for the Citizenship Amendment Act. BJP leaders, ministers and office bearers of the party started the door-to-door campaign yesterday to reach out to 3 crore households in order to counter misconceptions on the CAA.

BJP president and Home Minister Shri Amit Shah joined the drive at Lajpat Nagar in Delhi. Speaking at a seperate event in Delhi, Shri Shah accused Congress, Aam Aadmi party and other parties of misleading people on the provisions of the Citizenship Amendment Act.

During the ten-day campaign, party leaders and workers will contact three crore families to rally support for the CAA. Five committees have also been formed to provide impetus to the campaign, so that contact with different sections and community can be well established.

As part of its programme, the BJP has launched a toll-free number 8866288662 for people to give missed calls to register their endorsement of the law.