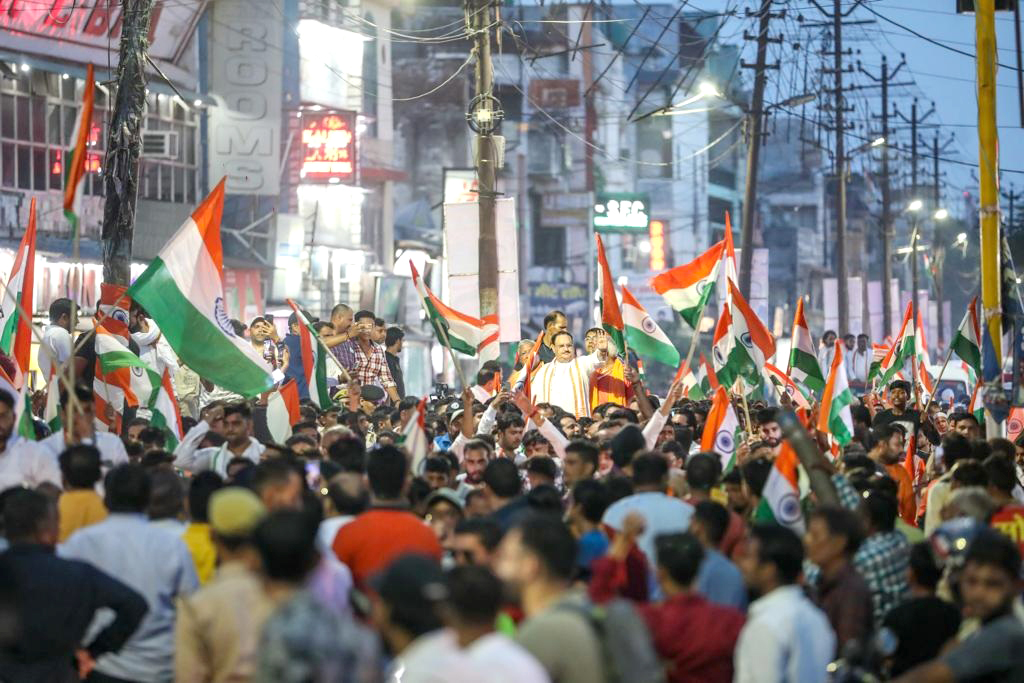 Before flagging off the ‘Tiranga Yatra’ the Bharatiya Janata Party National President addressed the massive gathering and said that on May 10, 1857 it was from Meerut India’s first freedom struggle which spread in the entire nation. I feel honoured and elated to be in this land.

Shri Nadda said on the appeal of our Hon’ble Prime Minister Shri Narendra Modi ji the entire country and all citizens are celebrating the Azadi Ka Amrit Mahotsav ‘ and we are all unfurling the Tricolour on top of our houses, commercial establishments and offices to show our patriotism and enlightening the entire nation. Today the entire nation is drenched in patriotic fervour. Our National Flag is our pride and our honour. It is the symbol of our nation building and national integration.

The Bharatiya Janata Party National President said we all the citizens pledge to increase the honour of our Tricolour and inspire everyone to follow the path of nationalism and patriotism. Saffron colour is the symbol of courage and bravery, while white colour represents peace and harmony and green is of development and progress. Ashok emblem chakra represents that our nation is the mother of democracy.

Shri Nadda said the Bharatiya Janata Party has been committed to national integration and unity since its formation. With these sentiments, crores of Bharatiya Janata Party karyakartas are celebrating the Tiranga Yatra and enthusiastically observing the Azadi Ka Amrit Mahotsav across the country. I am thankful to all for making this campaign highly successful. I appeal to all the citizens to participate in the Tiranga Yatra campaign and make it highly successful. We should all take pledge and commit ourselves to make India the topmost nation in the next 25 years and reclaim our position of Vishwa Guru.