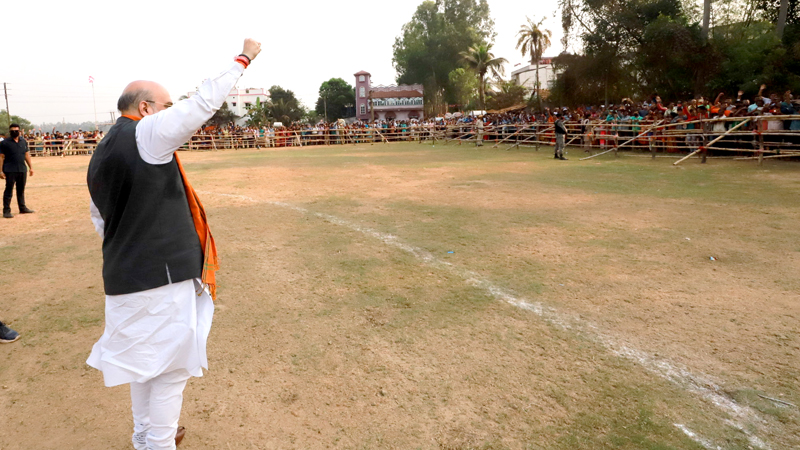 Hon’ble Union Home Minister Shri Amit Shah addressed the media in Nandigram after the mega roadshow on March, 30, here are the key points of his speech: