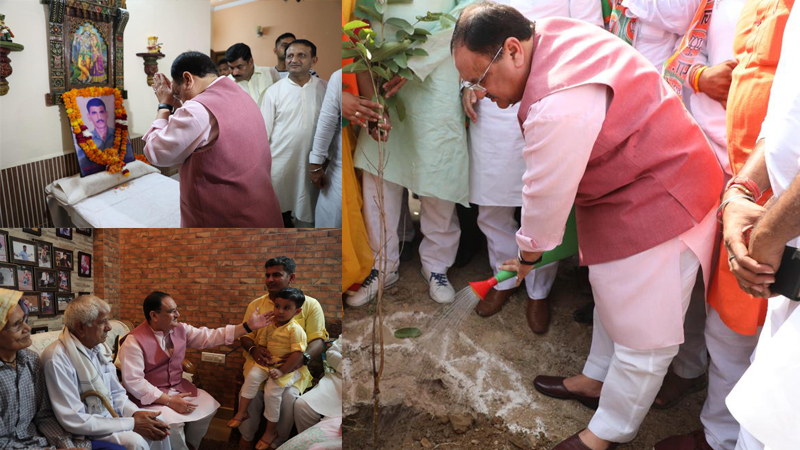 Shri Jagat Prakash Nadda, Working President of Bharatiya Janata Party, addressed a conference of the Shakti Kendra Pramukh and Palak of Karnal, Panipat, Kaithal and Kurukshetra held in Kurukshetra (Haryana) and urge the people of Haryana to elect the Bharatiya Janata Party government with more than three-fourth majority again under the leadership of Prime Minister Shri Narendra Modi. Shri Nadda is in Haryana on a two-days Pravas. Earlier, upon reaching Kurukshetra, Shri Nadda visited the leprosy ashram at Haripur village. After this, he went to the temple of Bhadrakali Shaktipeeth Sri Devikupa and offered prayers.