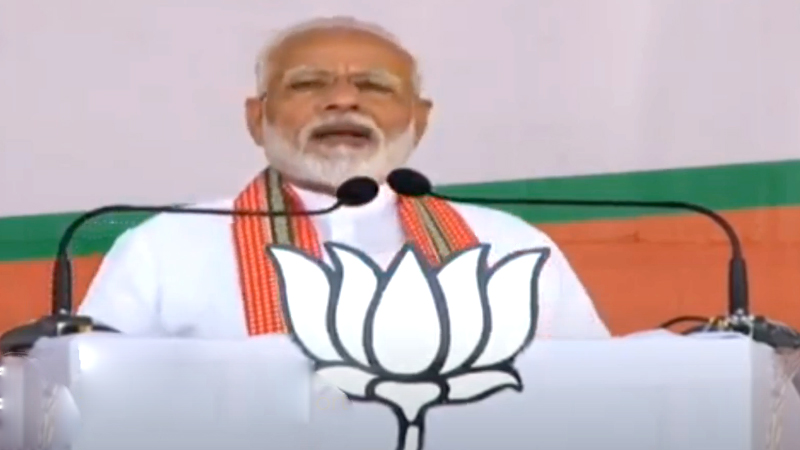 Prime Minister Shri Narendra Modi today criticized the skeptical approach of the Opposition in Maharashtra towards Jammu and Kashmir issue. Addressing an election rally at Akola in Maharashtra, he said, the political opportunists in Opposition question the relationship between Maharashtra and J&K.

While expressing the gratitude over martyrdom of several Brave soldiers of Maharashtra, he said, these soldiers have laid down their life for peace and stability in J&K region.

He also said, Maharashtra has seen dynastic politics in previous regimes for welfare of own kin. But, in last five years ultimate aim of Devendra Fadnavis-led Government has been peoples’ welfare. He hailed the water conservation works under Jalyuakt Shivar Scheme in state and said, cleaning of Morna River in Akola district by people’s participation is appreciable.