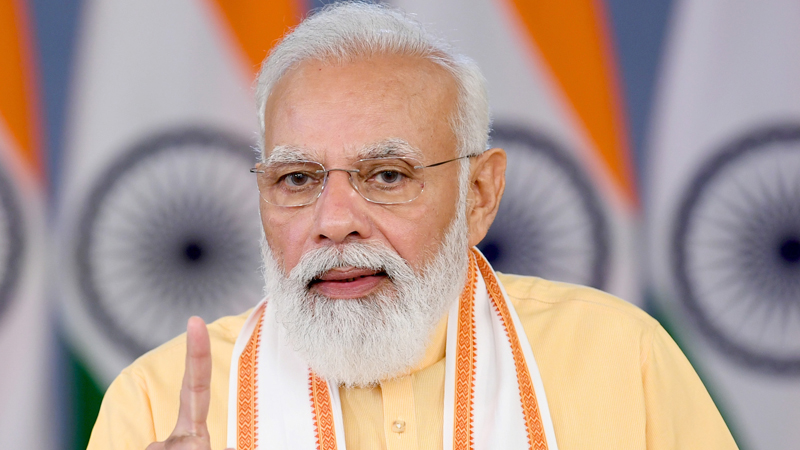 Addressing the gathering, the Prime Minister praised the spirit of people of Gujarat and said that it is a matter of pride for him that in the tasks of social development, Gujarat has always taken a lead. He remembered Sardar Patel on the occasion and quoted the great leader to emphasize that caste and creed should not be allowed to hinder the task of national development.  “We are all sons and daughters of India. We all should love our country, make our destiny with mutual affection and cooperation”, the Prime Minister quoted Sardar Patel.

The Prime Minister said India is currently in its 75th year of independence. Along with new resolutions, this Amrit Kaal inspires us to remember those personalities who played a big role in awakening public consciousness. It is very important for today’s generation to know about them, he added.

The Prime Minister talked about Vallabh Vidyanagar. He said this place was developed so that education can be spread, village development works can be accelerated. He continued about his experience of serving Gujarat as Chief Minister and said that a person like him with no caste-base in politics was blessed by the people to serve the state in 2001. He praised the strength of the blessings of the people that enabled him to continue serving the state and later, the entire country for more than twenty years without any break. He said “what is the power of ‘Sabka Saath, Sabka Vikas’, I learnt this from Gujarat itself” recalling that earlier, there was a lack of good schools in Gujarat, there was a shortage of teachers for good education. The Prime Minister narrated how he connected people to solve this problem

The Prime Minister said in the new National Education Policy, the option of teaching professional courses in the local language has also been given. Now studies are not limited to degrees, but studies are being linked with skills. The country is now connecting its traditional skills with modern possibilities.

Referring to the robust recovery in the wake of the pandemic, the Prime Minister said  that the whole world is full of hope about India with the speed with which the economy has made a comeback after the difficult times of Corona. He also made reference to a world body assertion that India is again going to be the fastest growing economy in the world.

The Prime Minister praised the Gujarat Chief Minister and noted his connect with technology as well as ground realities. “His experience of working at different levels is going to be very useful for the development of Gujarat”, The Prime Minister added.