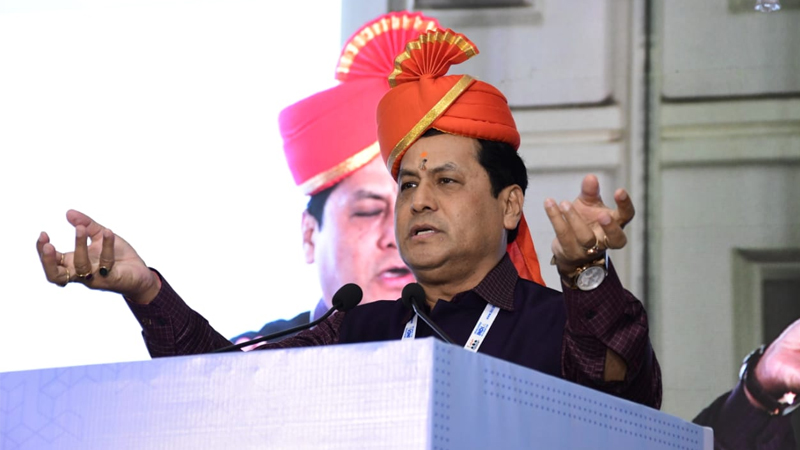 Union Minister for Ports, Shipping & Waterways Shri Sarbananda Sonowal has asserted that  Indian cruise market has the potential to grow 10 folds over the next decade, driven by rising demand and disposable incomes. “The government of India realizes this potential and is determined to position India as a global cruise hub with state-of-art infrastructure for both ocean and river cruises”, he said after inaugurating the 1st Incredible India International Cruise Conference 2022 in Mumbai today. 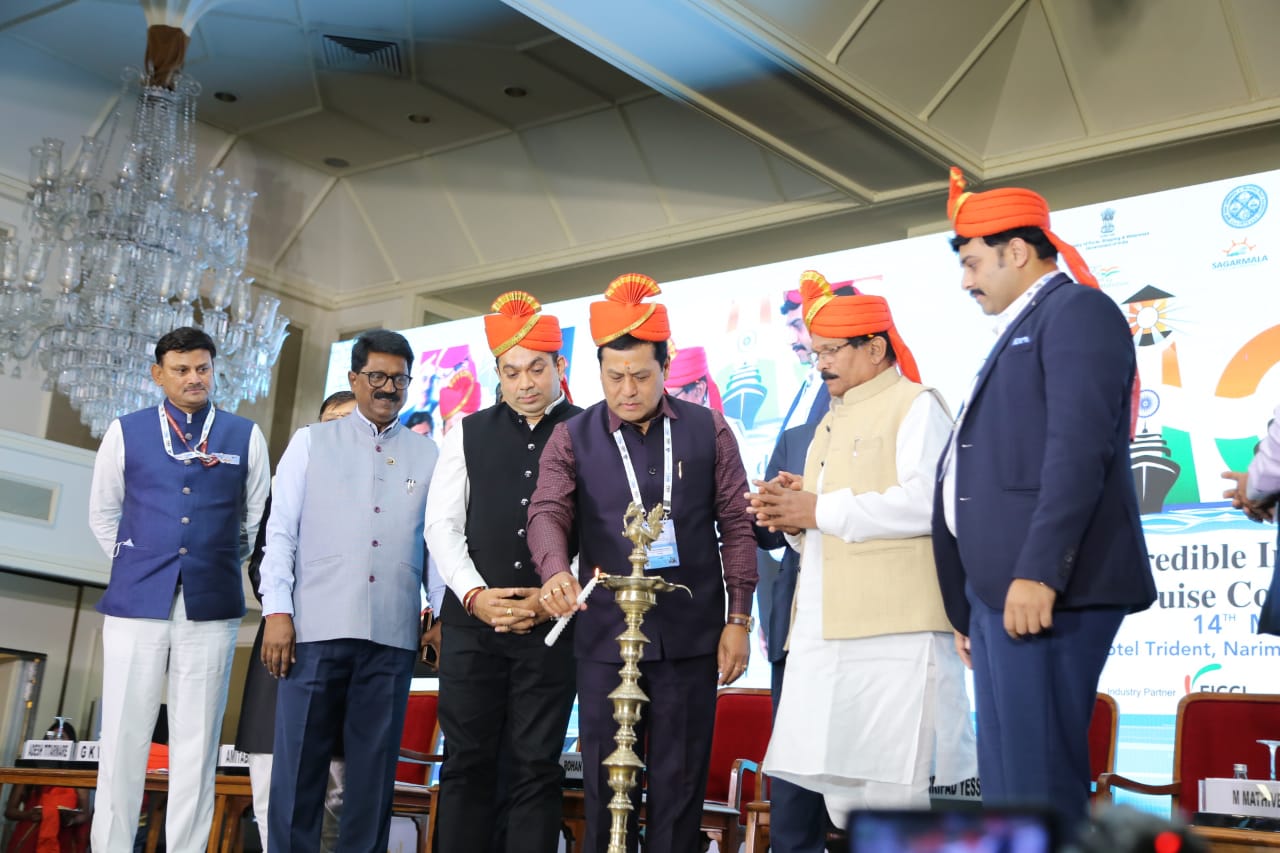 Stating that India is a magnificent cruise destination, Shri Sonowal said several attractions of India along its 7,500 km long coastline and vast river systems are yet to be unveiled to the world.  He said the global players have evinced a keen interest in promoting cruise tourism in India, and with the development of right infrastructure and adoption of modern technology, India will certainly become one of the top tourism destinations in the world.

Shri Sonowal stated that the Government has set up a Task Force headed by the Secretary, Tourism and Secretary, Shipping for development of cruise tourism.  The Minister today announced the setting up of a high level Advisory Committee, comprising national and international experts, to help the Task Force in creating an enabling eco-system for development of cruise tourism in the country.

Invoking Prime Minister Shri Narendra Modi, Shri Sonowal said ‘Transformation is possible through transportation and for that we need to leverage technology’. Emphasising on the importance of Ports, Prime Minister Shri Narendra Modi had said that Port led development can help in developing a comprehensive eco-system of transport and tourism especially in terms of cruise tourism.

Elaborating the efforts of the Ministry of Tourism and Ports, Shipping and Waterways, Minister of State, Shri Shripad Naik said ‘Four theme based coastal destination circuits such as Gujarat Pilgrimage tours, West Coast – Cultural and scenic tours, South Coast – Ayurvedic wellness tours and East Coast – Heritage tourism have been developed to activate cruise demand. ‘Lighthouse and Island development is also being undertaken to attract Coastal tourists’ he added. He further said River cruise or Inland cruise is another potential component  of cruise tourism that could be explored.

Secretary Port and Shipping Shri Sanjiv Ranjan said, post pandemic the tourism sector in India is growing with resurgence and cruise tourism has registered a 35% year-on-year growth.  He said the Government of India has prepared the Maritime Vision Document 2030 with focus on heritage tourism,Ayurveda tourism,coastal tourism,river cruise tourism etc.  He said new business opportunities for global cruise liners as well as start-ups were discussed in detail at the stakeholders meeting in the morning.

India aims to increase cruise passenger traffic from 0.4 million at present to 4 million. Economic potential of Cruise tourism is expected to go up from USD 110 mn to USD 5.5 bn in the years to come.  In order to boost cruise tourism industry in the country, Government of India has taken several initiatives including infrastructure upgradation, rationalisation of port fees, removing ousting charges, granting priority berthing to cruise ships, providing e-visa facilities etc.

Upgradation and modernisation are being carried out at seven major ports in the country including the flagship New International Cruise terminal coming up in Mumbai with a total cost about Rs 495 crores.  The iconic sea cruise terminal coming up at BPX-Indira Dock, is expected to be commissioned by July 2024. The terminal will have a capacity of handling 200 ships and 1 million passengers per annum. Similar infrastructure upgradation is taking place in Goa, New Mangalore, Kochi, Chennai, Visakhapatnam and Kolkata. ‘

At the inaugural session, Union Minister Shri Sonowal and Shri Naik  laid the foundation stone for the third Chemical Berth at Pir Pau Jetty of Mumbai Port Authority to handle chemicals including LPG.  The berth will have a rated capacity of 2 mtpa and cater to very large gas carriers and tankers up to 72,500 displacement tonnage.  It will be equipped with latest safety standards under OISD norms. 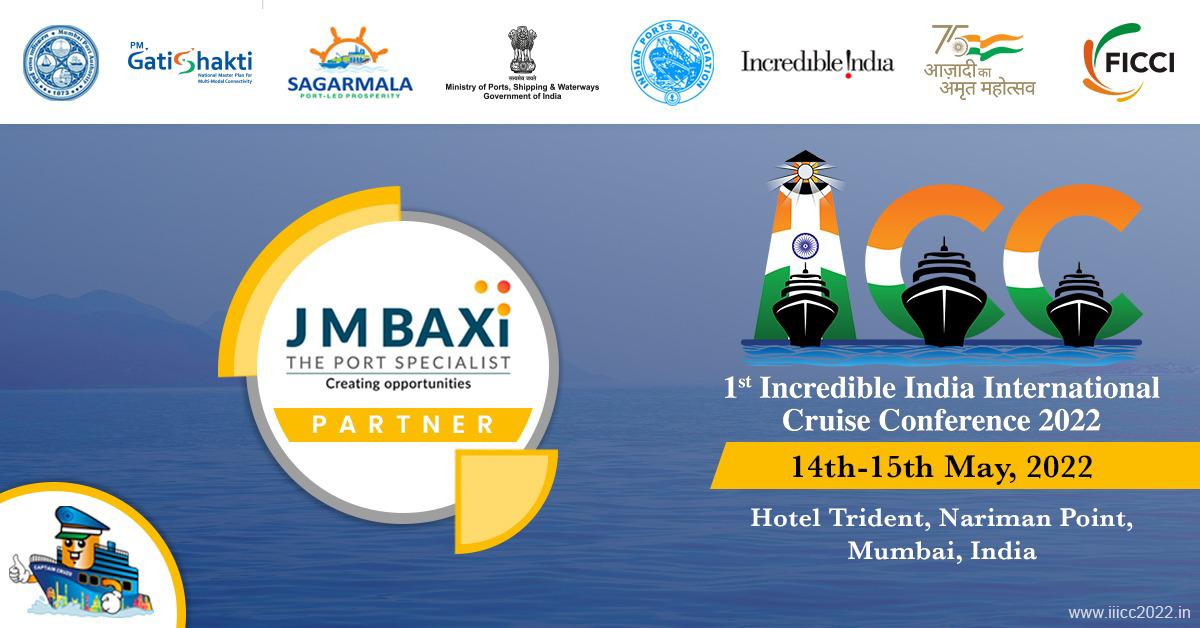 The 1st Incredible India International Cruise Conference has been jointly organized by the Ministry of Ports, Shipping & Waterways, Government of India and FICCI.  Strategies for developing India as a cruise hub,  policy initiatives and port infrastructure,  potential of river cruise tourism,  role of technology in the post-pandemic world are some of the key issues being deliberated at the two day event.