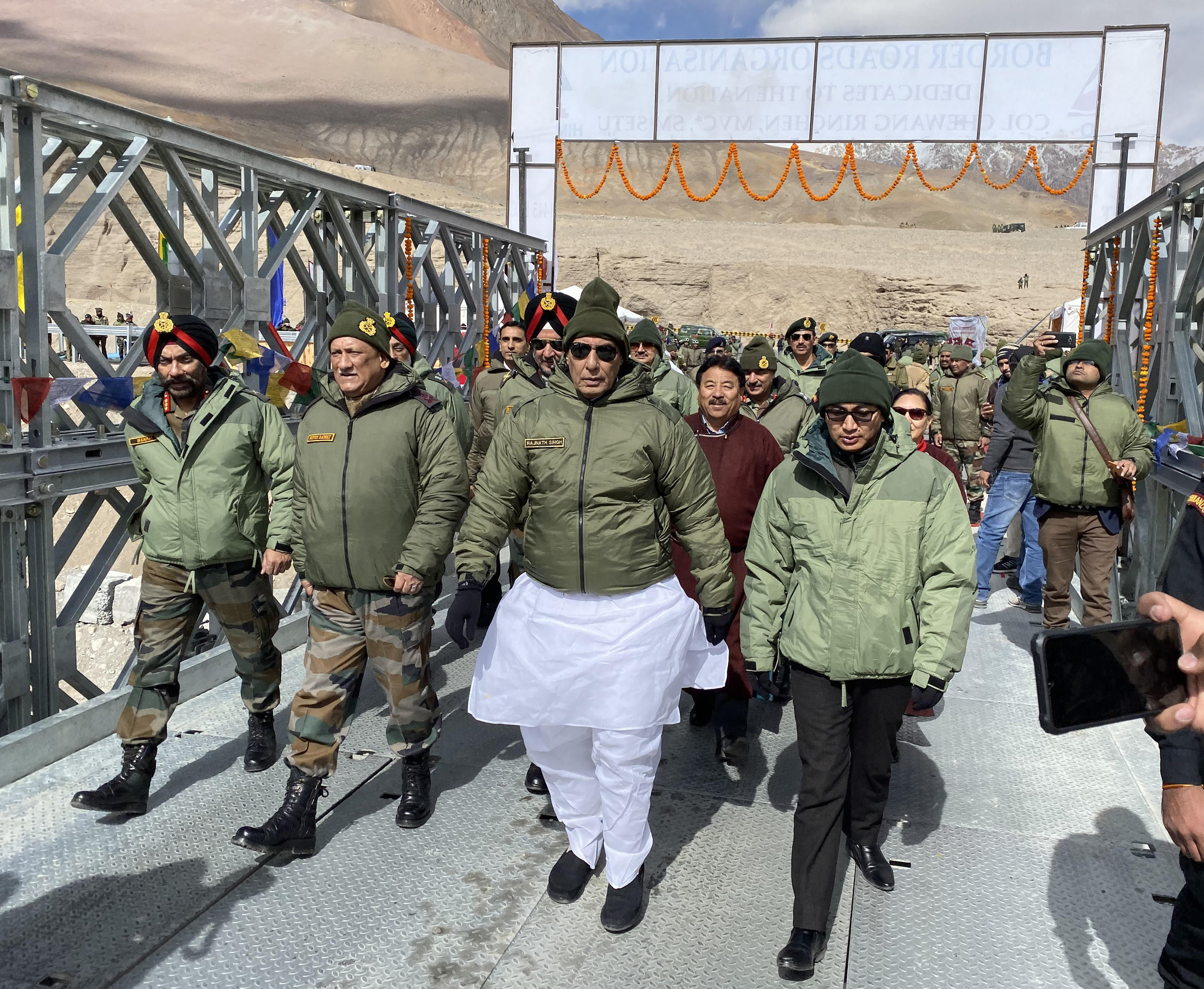 Defence Minister Shri Rajnath Singh warned Pakistan to stop encouraging terrorism against India. Shri Rajnath Singh said that the efforts to destabilize and weaken the country were thwarted and given a befitting reply by the Indian army. He was speaking after the inauguration of Colonel Chewang Rinchen Setu on Shyok River in West of Eastern Ladakh near Line of Actual Control with China.

The bridge worth 100 crore rupees has a capacity of 70 tonnes, built by Project Himank of Border Roads Organization with new technology. The bridge has strategic importance for quick deployment of the army to Daulat Being Oldie, near LAC.