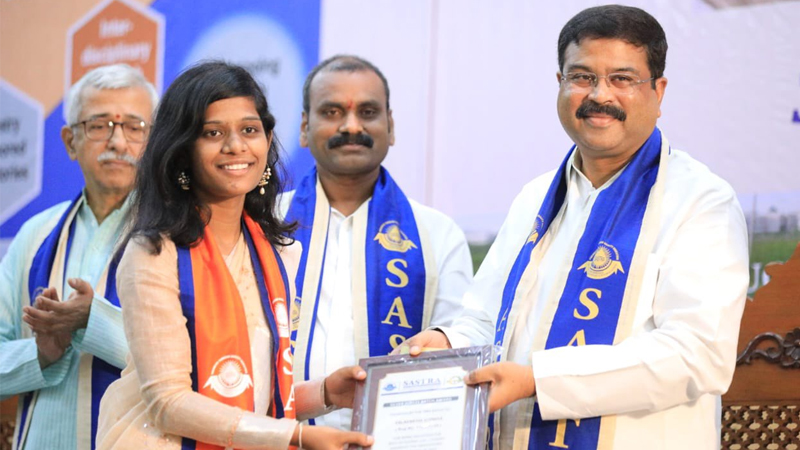 While addressing the gathering Shri Pradhan congratulated the Chancellor Prof. R Sethuraman for his passion to provide quality higher education during the last four decades at Thirumalaisamudram. He said that SASTRA as a temple of learning has justified its name and demonstrated excellence in the field of knowledge. The Minister expressed his happiness to know that Sastra University is also foraying into humanities and liberal arts courses. These are equally important branches of studies, especially at a place like Thanjavur and Tamil Nadu which is renowned for its spectacular art, architecture, music and culture, he added.

Shri Pradhan said that the magnificent temples of Tamil Nadu are wonders of the world as well as reminders of the fact that India was the cradle of civilisation. Tamil Nadu is also a land blessed with great knowledge diversity and the motto ‘Think Merit, Think Transparency’ furthers this legacy.

Shri Pradhan further said that we have inherited a great civilisational legacy from our greats like, Charaka, Sushruta, Aryabhatta, Bhaskaracharya, Nagarjuna and Thiruvalluvar. Indian Knowledge Systems today have become more relevant than ever, especially in providing solutions to current global challenges.

He said that India as a civilisation as a critical role in the next 25 years and students have a significant role to play in conserving and promoting our civilisational legacy as well as in advancing Indian Knowledge Systems for global welfare. Sastra University must also become a torchbearer of NEP 2020, he added.

He stated that an icon like, Saint Thiruvalluvar is no less than any other literary figure, scholar or philosopher. It is our duty to take Thiruvalluvar’s philosophy and Indian Knowledge Systems to the globe.

As a premier institute of higher learning, Sastra University must continue its pioneering efforts in research and innovation. He expressed his confidence that leaders of SASTRA will create sustainable entrepreneurial and developmental models and lead humanity to a bright future. He also said that continuing the rich legacy of Dr. APJ Abdul Kalam and many illustrious citizens of Tamil Nadu, students of the University will make the nation proud.

The Minister toured the Shanmugha Precision Forging Unit of Sastra Engineering College, a leading manufacturer of non-ferrous and ferrous forging, it is also engaged in skilling. The Minister encouraged them to bring skill trainings under NSQF compliance framework for the larger benefit of youth.

Shri Pradhan paid homage to Mahatma Gandhi at the Thanjavur West Sarvodaya Kendram. Guided by his ideals of Khadi & Swadeshi, the kendram is encouraging development of Khadi and village industries and also empowering local arts, crafts and artisans, said the Minister. 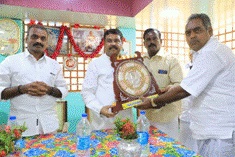 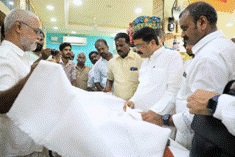 To celebrate our rich Khadi traditions and strengthen local artisans, the Minister bought Khadi gamcha, dhoti and handkerchiefs from the kendram. He encouraged all to embrace Khadi for achieving the goal of an Aatmanirbhar Bharat