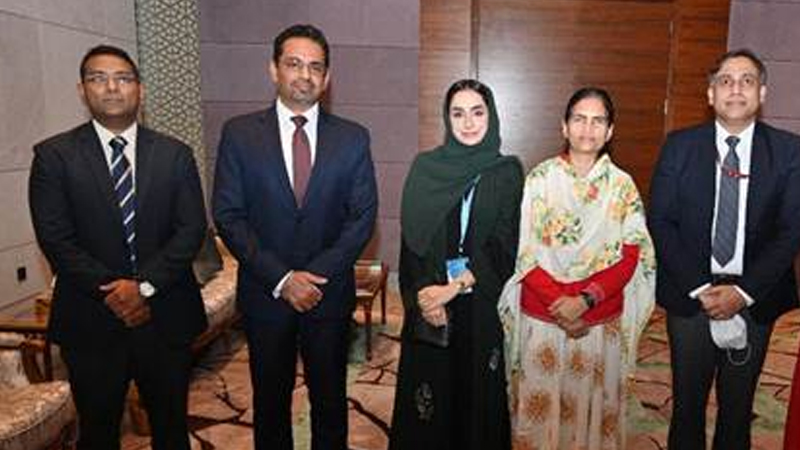 “AMR is a silent and invisible pandemic that cannot be overshadowed by other competing public health priorities”, Union Minister of State for Health & Family Welfare, Dr Bharati Pravin Pawar said as she spoke at the ministerial plenary panel of the Third Global High-Level Conference on Anti-Microbial Resistance today in Muscat, Oman. 22 participants from more than 15 countries attended the conference. The event witnessed the launch of Multi-Stakeholder Partnership Platform on AMR by the Quadripartite Organizations.

Emphasizing the prevalence of AMR and its subsequent fatal effects, she highlighted that AMR is recognized as global health threat with serious health, political and economic implications.

Dr. Pawar congratulated the UN General Assembly, WHO & member states on their focus on AMR, and said, “It is heartening to note that AMR has already been prioritized by UN General Assembly, WHO & member states” and also praised the aligned efforts by Quadripartite [FAO], [WHO], World Organization for Animal Health [WOAH] and UN Environment Programme [UNEP]. Focusing on the steps taken by India in battling AMR, MoS Health stated that under the leadership of Prime Minister Shri Narendra Modi, various initiatives have been taken to address AMR. India organized an AMR conference in 2016 at New Delhi. She highlighted that countering AMR features prominently on the national health agenda and further mentioned that various initiatives undertaken by way of awareness & capacity building, laboratory strengthening, surveillance, infection prevention & control, antimicrobial stewardship and research on newer drugs, diagnostics and innovations have garnered political will at the highest level. 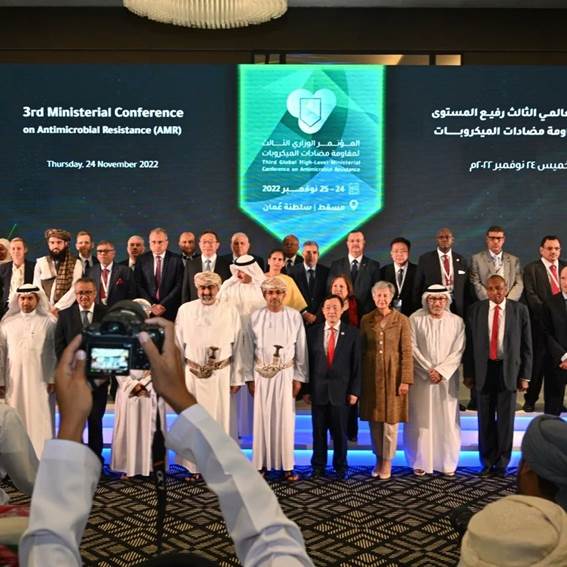 MoS Health accentuated the collaboration of Health Ministers of 11 Member States had signed the Jaipur Declaration on AMR in 2011, signifying their commitment and political support towards One Health approach for containment of AMR.

Dr. Pawar also propelled further action must be taken to synergize the momentum initiated by Global AMR Conference presently and upcoming high-level meeting on AMR at the United Nations General Assembly in 2024, which will serve to strengthen the political support at all levels.