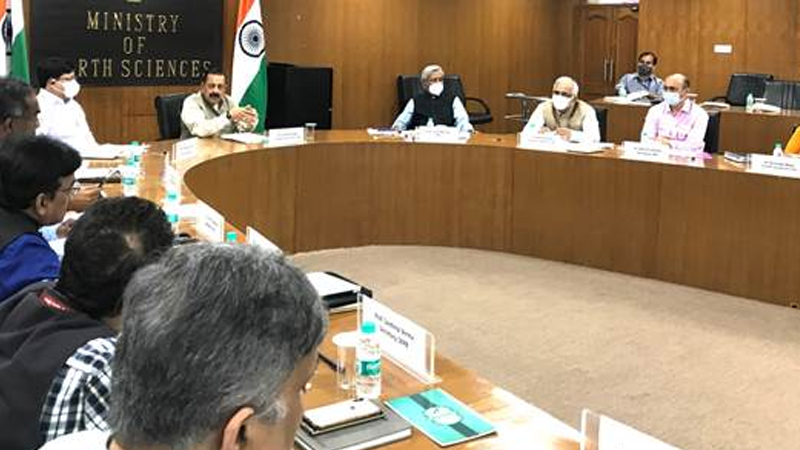 During the meeting, the Union Minister conducted a thorough review of draft agenda of the National Science Conclave, draft of Science, Technology and Innovation Policy (STIP) along with progress made on several other issues which were discussed in the last meeting held on 16th February, 2022. He gave several suggestions and directions to various departments while reviewing the Action Taken Report (ATR) on 16 actions identified during the last meeting.

While reviewing the draft of the proposed National Science Conclave, Dr. JItendra Singh suggested that thematic and state-specific discussions could be included in the Conclave involving states, industry representatives and other stakeholders. He opined that integration of various departments and avoiding overlapping activities will certainly result in better output of every department.

Dr. Singh also gave directions on the issue of delayed disbursement of fellowships. The Union Minister directed the officials of all attending departments to hunt and search for start-ups rather than waiting for start-ups to reach out to them. He said that the departments should be able to identify and locate the eligible start-ups based on certain guidelines in order to support them.

The Union Minister also asked the departments and officials present to showcase success stories of the start-ups and promote them wherever possible. Issue of setting up of an inter-ministerial Integrated media Cell for all S&T departments at Vigyan Prasar was also discussed at length and it was decided that further discussion is required on the same. 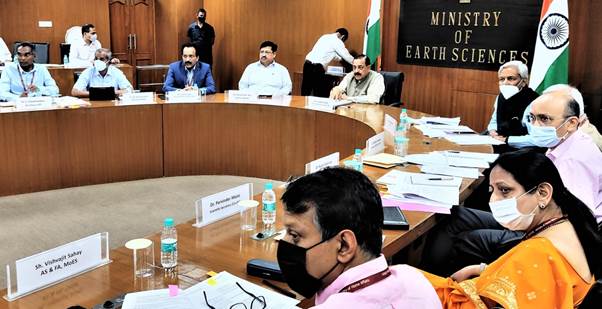 Under the draft of STIP, issues like, inviting public suggestions for adding words related to start-up and innovation, adopting ways to put India among top 5 in terms of quality of research outcome by year 2030, targeting 30% participation of women in science by year 2030, taking India within top 3 global leaders in STI by year 2030 and how can India achieve Aatmanirbharta in technology by year 2030, were thoroughly deliberated upon.

The meeting was attended by Principal Scientific Advisor to the Government of India, Secretary, D/o Space, Secretary, M/o Earth Sciences, Secretary, D/o Biotechnology, Secretary, Technology Development Board and representatives and senior officials of other science departments.