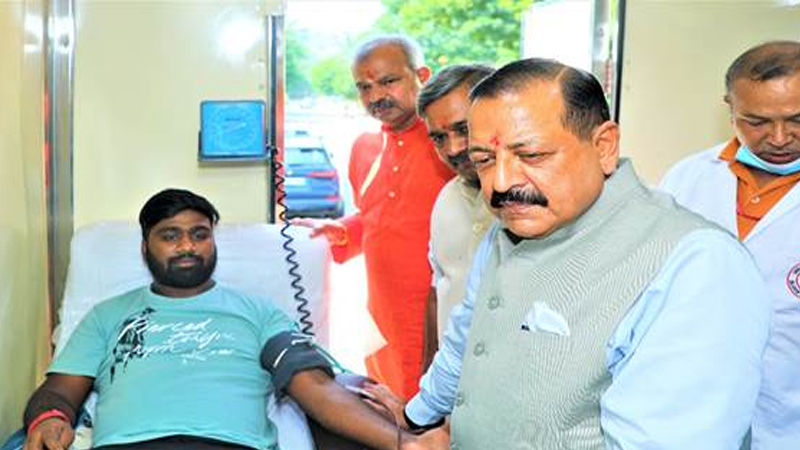 Union Minister Dr Jitendra Singh said today that Prime Minister Narendra Modi has introduced the work culture of “Sewa above Self” and the “Sewa Pakhwada” being observed from 17th September to 2nd October is a reiteration of this commitment in letter and spirit.

Speaking on the side-lines of a Blood Donation camp inaugurated by him at Satya Marg here as a part of the ongoing “Seva Pakhwada”, Dr Jitendra Singh recalled that soon after taking over as Prime Minister, Narendra Modi had described himself as “Pradhan Sewak” instead of “Pradhan Mantri”. That itself was a declaration of intent of the culture which was to be followed by the Government and the BJP under the leadership of Shri Narendra Modi.

It is a providential coincidence, said Dr. Jitendra Singh, that “Sewa Pakhwada” covers a fortnight when 17th September was the birthday of Prime Minister Narendra Modi and 25th September the birthday of Pandit Deen Dayal Upadhaya who gave the concept of “Antyodaya” which means reaching out to the last man in the last queue.

The Minister said, the culmination of the fortnight of “Sewa Pakhwada” happens to be on 2nd October which is the birthday of Mahatma Gandhi who always emphasised that the objectives of a welfare state would be fully accomplished only when the last tear in the last eye of every Indian has been wiped away.

Dr Jitendra Singh personally monitored the donors at the Red Cross van parked to collect about 100 units of blood. He also informed about “Sewa Pakhwara” programmes being organized in his Parliamentary Constituency of Udhampur-Kathua- Doda. 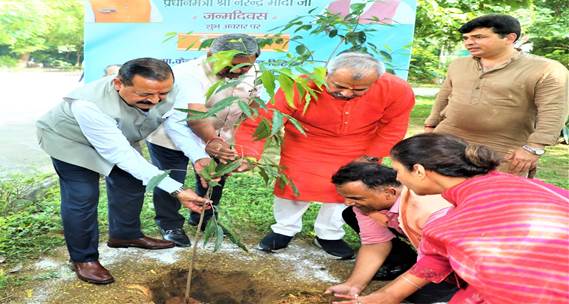