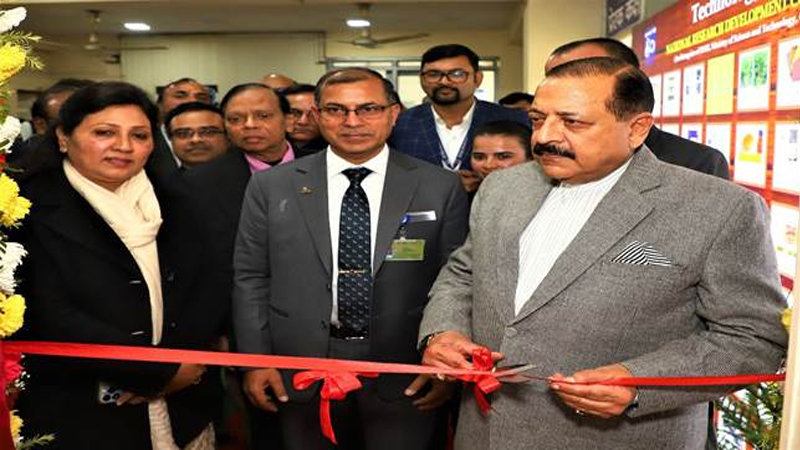 Chairman and Managing Director NRDC,Commodore(Retd) Amit Rastogi and his entire team welcomed DrJitendra Singh and pointed out that he was the first ever Minister for Science and Technology who was visiting the NRDC headquarters at Delhi, since its inception in 1953.

Dr Jitendra Singh was glad to note that after the Prime Minister Narendra Modi’s announcement of ‘StartUp India, Stand-up India” from the ramparts of the Red fort on 15th August, 2015, NRDC had reoriented itself to become the only National level PSU, which is providing its services for taking the lab scale technologies developed by Public Funded Research Institutes (PFRI) to Industry.

Dr Jitendra Singh pointed out that the Corporation is providing support to start-ups through its various activities like IP Filing support to StartUps, Incubation Support for nurturing Start-Ups through its incubators at NRDC HQ, CSIR-NAL and CSIR-IMMT, Technology Development fund, Seed Funding to early stage start-up, Association with DPIIT for recognising start-ups and finally Association with IOCL for mentoring & monitoring of start-ups.

Dr Jitendra Singh urged the Team NRDC to take a wholesome approach to establish a National level facility which should provide one-stop solution to all the needs of the ever growing Start-Ups ecosystem of the country. He said, it must house facilities like TRL assessment, IP exchange, Design clinic, Model Incubation facility etc.In order to find World market for Indian Technologies, NRDC should aim to provide technology transfer services through hub and spoke model, specially to African and Asian Countries, the Minister added. Commodore(Retd) Amit Rastogi, in his presentation before the Minister informed that Uniphore, an Indian Unicorn and The Leader in Conversational AI & Automation received Funding of Rs 30 lakh and Technology support from NRDC in 2008. Shri Rastogi promised to DrJitendra Singh that he and his team will strive hard to make the Corporation one of the world’s best and leading organization for Technology Transfer.

NRDC has created the facilities for incubating start-ups and is also promoting beneficial schemes to provide support in terms of funding, mentoring, IP assistance and other allied services to the Start-ups. In the last one year, the Corporation has established three Incubation Centres and one Outreach Centre. Another Outreach Centre is planned for inauguration in January 2023 at Guwahati to promote start-ups in North East. 10,000 Start-ups have received support in respect of IP filing, Incubation and start-up registration so far. 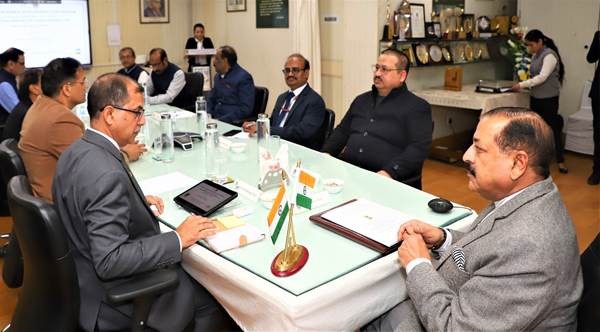 NRDC has further forayed into the domain of defence and nuclear technologies for civilian application. With an aim to support Made-in-India, NRDC has established Foreign collaboration with USPTO, AARDO etc. for exploring world market for Indian Technologies. Further, NRDC is proving to be a catalyst between R&D Institute & Industry and has signed MoU with 220 R&D Institute & Universities in last five years. NRDC has also proved its credentials and its Vizag unit was awarded “Best Technology” and “Innovation Support Centre” in 2021. With an aim to set-up National Technology Transfer Organization to provide one stop shop to StartUps and with setting up of International Marketing Division, NRDC is poised for grand scale up in future.