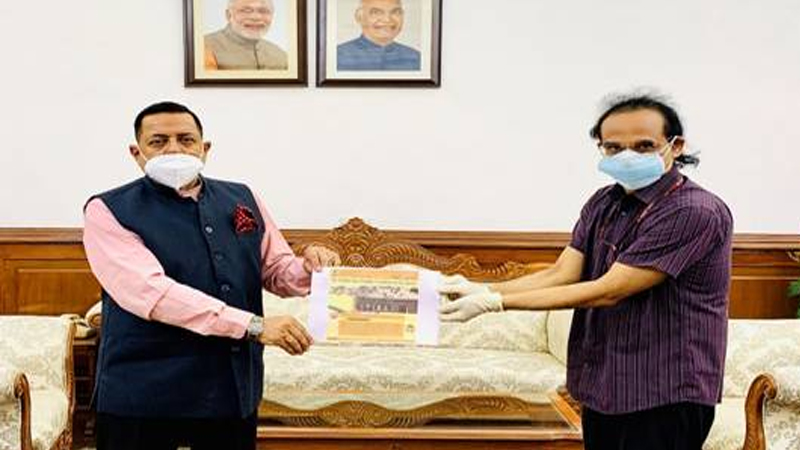 Dr Jitendra Singh said, it would be a highly innovative and creative method of observing the 75th year of India’s independence by dedicating it to the cause of pensioners and elder citizens. This, he said, would personify the real essence of “Bharat Ka Amrut Mahotsav” by addressing the elder citizens through one of the youngest mediums of social platform.

Among the various activities envisaged over the next one year or so, an important one would be the dissemination of a series of 75 important rules for family pensioners through two Tweets per week on social media during the coming year. These Tweets are being put in the form of Frequently Asked Questions (FAQs) to enhance awareness about the various aspects of pension rules and new recent reforms brought in for the welfare of pensioners belonging to all sections, including the family pensioners.

The other “75” related activities would be the imparting of training on “Bhavishya” (Online Pension Sanction Module) through 75 offices of the Government of India. All these offices will be first imparted training through a Video Conference followed by a question – answer session. Training of Bhavishya will start from April 2021 in multiple sessions across the Central Government organizations. Central Armed Police Force (CAPF) offices at different locations across the country will also be covered in this training.

Similarly, going by the rule of “75”, an online workshop on Pension Awareness Rules for senior government pensioners and family pensioners will be held for those above the age of 75 years. A series of online workshops will be conducted across the country through Video Conference beginning from May 2021. This would cover the maximum number of cities and workshops will also be conducted region wise. Going by the same spirit of the “75”, the Department of Pension and Pensioners Welfare will come out with digital publications of 75 “Anubhav” writeups, including those already awarded or selected from the Anubhav Portal. This activity will be undertaken from June 2021 onwards.