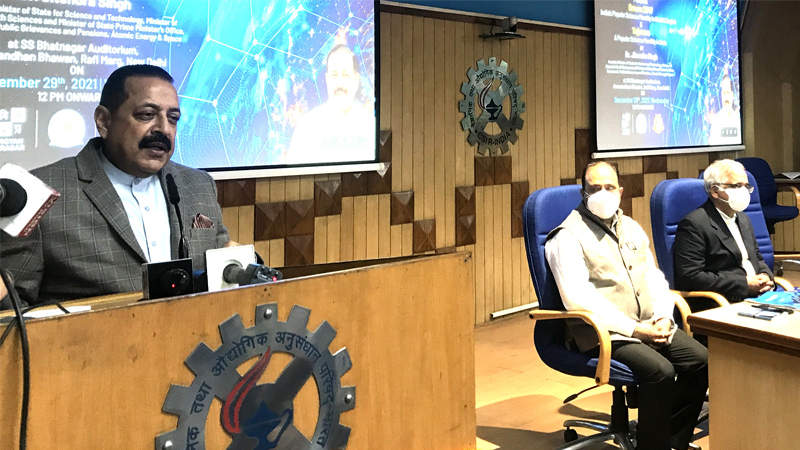 While the Hindi and English versions are based on the theme “Dream 2047” referring to the 100th year of India’s independence, the Urdu version is named Tajassus (Curiosity) and was prepared in association with Central University of Kashmir. Dr Jitendra Singh said that Prime Minister Narendra Modi always pitched for using vernacular languages in promoting science communication in a “big way” to develop “love of science” in the youth and underlined that language should not be a barrier but a facilitator.

Referring to Prime Minister Modi’s speech from the ramparts of Red Fort on 15th August this year, Dr Jitendra Singh said National Education Policy 2020 laid emphasis on the importance of education in mother tongue for poor children. He quoted Modi as saying, “there is a massive divide in our country regarding language and this cage of language has tied a huge talent. If people from the vernacular medium come forward, their self-confidence will grow”.

The Minister said, promoting Science communication and education in Indian languages is one of the key focuses of the present government and the efforts are on to make available science textbooks in vernacular languages to the students, He said, a group of resource persons has been tasked in this mission.

Dr Jitendra Singh expressed happiness that Department of Science and technology has come out with these periodicals in association with the Central University of Kashmir and the Kashmir University. He said, the launch of these periodicals is not an isolated affair and it must be seen in the light of ambitious schemes of Modi Government like Atmanirbhar Bharat and Digital India.

The Minister said, when the most advanced countries like Russia, Japan, Germany and China can have the best of science literature and projects in their mother tongues, India has also taken the lead to communicate modern science and technology in all the Indian languages. He said, our learning becomes deeper when we study in our mother tongue. 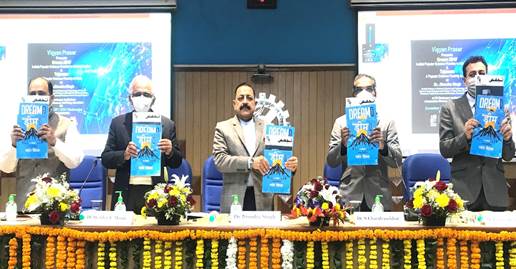 Dr Jitendra Singh complimented the Department of Science and Technology and the Central University of Kashmir for creating a platform for producing science literature for the general public in Urdu and said that soon science popularization, communication and extension publications in Kashmiri and Dogri would commence along with other Indian languages.

Vigyan Prasar in the Ministry of Science & Technology has launched SCoPE (Science Communication, Popularisation and Extension)-in-Indian languages. As a part of this SCoPE Vigyan Bhasha initiative,a big push is sought to be made to communicate the latest developments in Indian languages. The information would be disseminated through print via books, periodicals, booklets and posters. Television and radio programmes in all Indian languages would be produced for communicating science to the public. In this regard, Vigyan Prasar has started IndiaScience TV, India’s only OTT channel. This channel has created more than 3000 programmes so far in Hindi & English. It will make them available in other Indian languages.