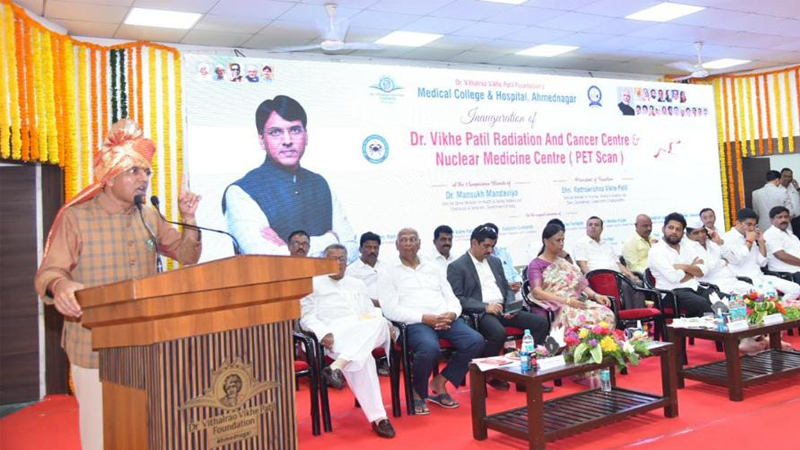 Union Health & Family Welfare Minister Dr. Mansukh Mandaviya inaugurated multiple health infrastructure projects at an event in Ahmednagar today. The projects include three Primary Health Care Centres in Ahmednagar which were inaugurated virtually and  the Dr. Vikhe Patil Nuclear Medicine Centre. The Health Minister said that India is progressing towards a healthy and prosperous future through investments in health infrastructure.

The Dr. Vikhe Patil Nuclear Medicine Centre was also inaugurated by Union Health & Family Welfare Minister Dr. Mansukh Mandaviya. The Center is equipped with facilities for comprehensive cancer care including both diagnosis and treatment. The Center is the first of its kind in in the district and will cater to the population of Ahmednagar, Beed, Nashik, Aurangabad, Solapur and peripheral areas of Pune Districts. Speaking at the event, Dr. Mansukh Mandaviya observed that the country was progressing under the leadership of Prime Minister Narendra Modi. The Government has linked health with development, as only a healthy citizenry can contribute towards national development, he added.  The Union Health Minister noted, “The focus needs to be on wellness as well as treatment. We must look to ensure that our people do not fall sick in the first place. This is why our Govt. has been focusing on Health and Wellness Centres”.

Health Minister Dr. Mansukh Mandaviya also noted how any policy should be forward looking. The Government is not only building more medical facilities but also increasing the number of medical colleges and the number of MBBS seats. He added that by the time the nation’s youth graduate from Medical Colleges, the country will have transformed into a hub of medical tourism, providing treatment to patients from all over the world. The cornerstone of India’s world view has been to seek the welfare of all, said the Minister. 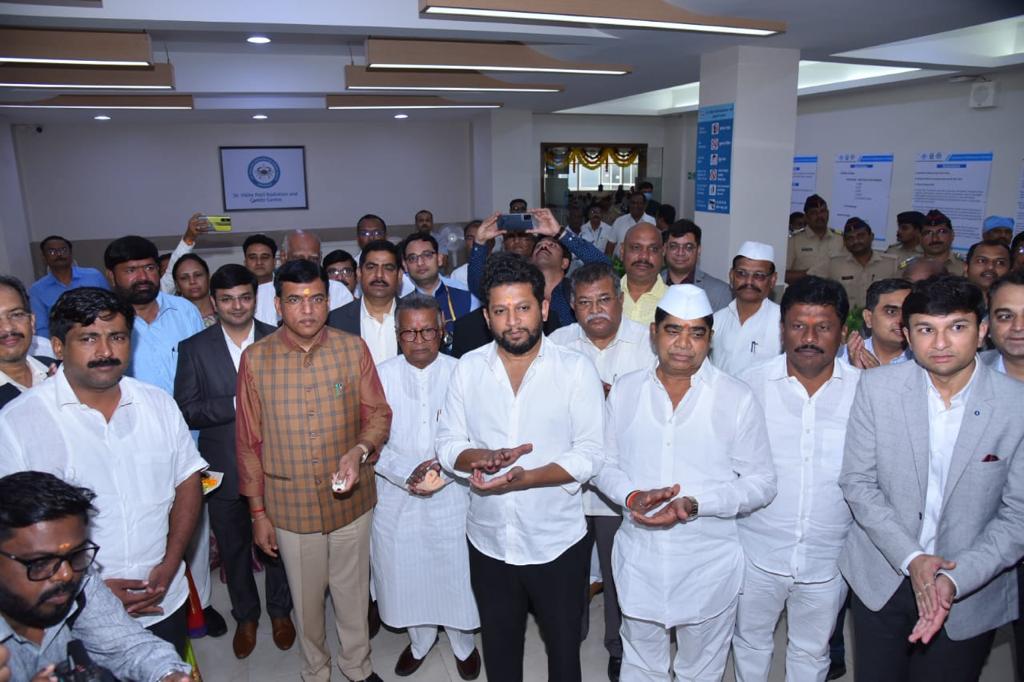 Speaking on the Government of India’s research policy, Dr. Mansukh Mandaviya added that around 3 out of every 10 scientists and research scholars around the globe are Indian. He stated that the Government’s research policy is to encourage and support talented youth who wish to pursue innovative research projects regardless of whether they are from a private institution or a public one. India aims to be leader in innovation and research, said Dr. Mansukh Mandaviya.

Addressing the gathering virtually, Padma Bhushan Anna Hazare thanked the Government of India for developing the Health Infrastructure of Ahmednagar, including the village of Ralegan Siddhi. Dr. Sujay Vikhe Patil, Member of Parliament, Ahmednagar and Trustee Dr. Vithalrao Vikhe Patil Foundation, observed that in the past two years projects worth Rs.1347 Lakhs has been completed in Ahmednagar district under National Health Mission. He also listed a slew of health infrastructure projects worth over Rs.47 Crores that are projected to be completed within a year in the district. Also present at the event were Dr. Radhakrishna Vikhe Patil, Maharashtra Minister for Revenue, Animal Husbandry and Dairy Development,  Dr. Sadashiv Lokhande, Member of Parliament from Shirdi Constituency and others.